Back to back stakes wins for Boland Stud bred gelding

Eugene Freeman’s Boland Stud has been in tremendous form over the past few weeks, and that Ceres based farm was back in the headlines at Turffontein on Saturday.
The Boland Stud bred Captain Aldo, fresh off a victory in the Listed Wolf Power 1600, stamped himself a top contender for the upcoming G1 Horse Chestnut Stakes with a gutsy victory in the G2 Hawaii Stakes –picking up his first graded win in the process.a 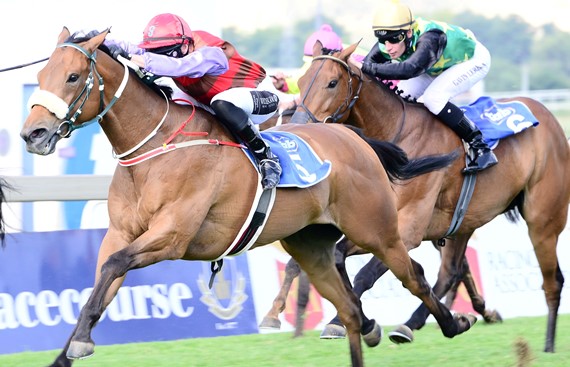 A son of reigning champion sire Captain Al and the Elliodor mare Cuddle Me, Captain Aldo came with a late rattle down the inside, under a superb ride from Cape jockey Bernard Fayd’Herbe, to win the R400 000 event by a short head over top class filly Lazer Star with former G1 Champions Cup runner up Ice Machine back in third.
Captain Aldo, who stopped the clock in 86.98 for the 1400m on a somewhat soft track, has now six and earned over R700 000 in prize money. 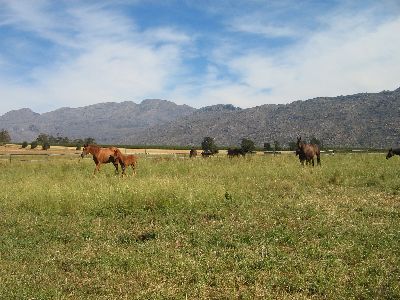 Cup Cake, also bred by the Boland Stud, was a smart recent winner of the Breeders Guineas and now looks on track for the Listed Breeders Guineas, to be run at Fairview on March 11th.

Boland have a superb draft on offer at April’s National Yearling Sale. Their lots on sale include:

Lot 322 –a colt from the first crop of champion sprinter What A Winter and a half brother to G3 performer S’il Vous Plait and recent winner Radisha, from the family of multiple Group 1 winner Esoterique

Lot 323 –a colt by champion What A Winter (whose relatives include Hyperion and Sir Tristram) and also hailing from the family of Esoterique, and who traces back to the founding mare Picture Play.