Eugene Freeman’s Boland Stud has been enjoying a purple patch of success of late, and the farm were at it again this weekend. 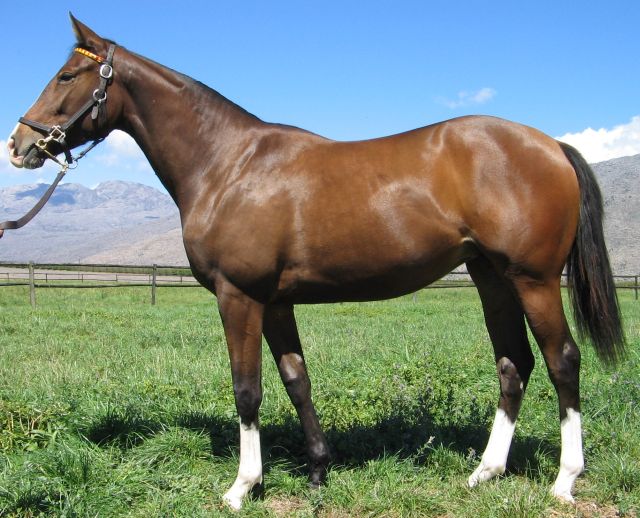 Fresh off enjoying a feature win with The Merry Widow, Boland Stud bred runners Cup Cake and Show Me Your Rosie scored impressive victories at Fairview and Greyville respectively.

Cup Cake, a daughter of inform sire Var (his sons Normanz and Tar Heel ran 1-2 in the Listed East Cape Sprint Cup on Friday), made it win number five when scoring a three parts of a length victory over 1400 metres with a great ride by Raymond Danielson. The consistent Fred Crabbia owned filly has been out of the money just once in 15 outings with her wins including the Breeders’ Guineas Plate, and she also ran third in the Listed Breeders’ Guineas. Cup Cake is currently under the care of Desmond Mclachlan on behalf of Snaith Racing in PE. She was selected by Jane Thomas at the National Yearling Sale and pre trained at Far End Farm.

Second of the Boland Stud bred runners to salute this weekend was Show Me Your Rosie, who downed the regally bred Dream Da Ra to break her maiden over 1200m at Greyville on Friday night with a lovely ride by Serino Moodley . A daughter of champion sire Captain Al, Show Me Your Rosie was picked on the KZN Yearling Sale and is trained by her part-owner Tony Rivalland for Arthur Potts. 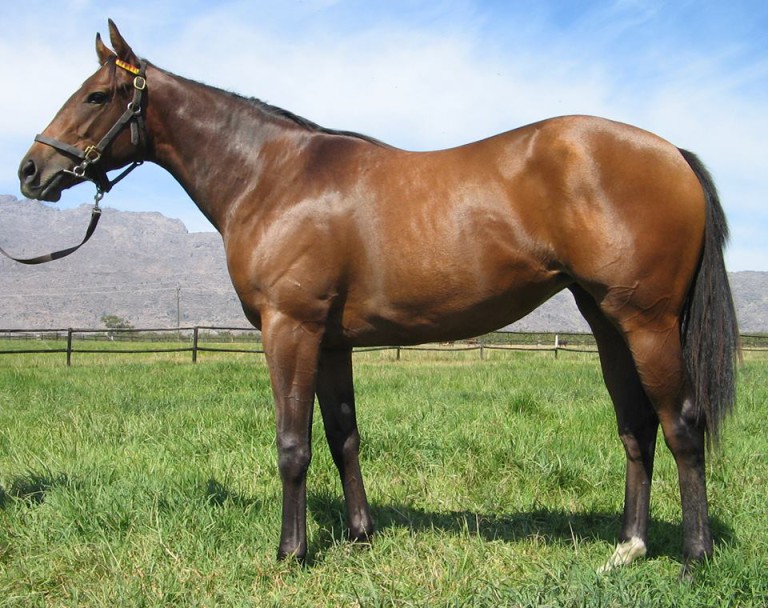 Boland Stud, whose past graduates include such outstanding performers as Harry Hotspur, Senor Santa and ill-fated Guineas winner Flight Alert, has a superb draft of yearlings on offer at the 2017 National Yearling Sale, due to take place at Germiston from May 3-5th.

Their draft includes yearlings by such outstanding sires as Captain Al, Var, Judpot, as well as yearlings by exciting younger stallions Master Of My Fate and What A Winter.

Among the Boland’s NYS draft this year is a lovely Master Of My Fate half-sister to triple feature race winner The Merry Widow (Lot 51). This filly is very closely related to Singapore champion Lizarre, who shares his sire Jet Master with Master Of My Fate himself.

Former Equus Outstanding sire Judpot has three in the Boland draft, including a half-brother to the game Singapore star and G1 performer Flax, while triple Equus Champion Sprinter What A Winter has a filly from the magnificent Queen Of Light family on sale (Lot 167).

Judpot, sire of impressive recent debut winner Aurora Australis, is also the sire of a half brother to seven winners including G3 winner London Guest (Lot 56), and a colt out of a winning ½ sister to 3 stakes horses including exported G1 winner Master Plan and Judpot’s top class filly Polyphonic (making the colt on offer a brother in blood to that G2 filly) (Lot 103).

Champion sire Captain Al is also represented in the draft with a three parts sister to G1 winner Captain America (Lot 58), while the blue blooded Master Of My Fate has a half-brother to impressive recent debut winner Social Order (Lot 361).

Top sire Var has enjoyed another cracking run with his runners this season including the feature race winners Rivarine and Exquisite Touch. The son of Forest Wildcat is responsible for Lot 278 –a filly out of a half-sister to G1 winning sprinter O Caesour.