Boland Stud, whose recent graduates include the highly rated, and undefeated Social Order, has bred and or raised a host of graded race winners in recent times. 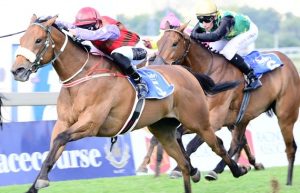 From the likes of Captain Aldo to Ice Machine, Boland Stud have bred or raised a number of top class feature race winners.

Among the plethora of graded winners to have emerged from Boland is G3 The 2200 and The Sledgehammer winner London Guest, whose Judpot half-brother goes on sale at the 2017 National Sale next month. A remarkably consistent sort, the son of London News won or placed in 15 of his 18 outings, and was also good enough to contest the 2009 Vodacom Durban July.

Ice Machine was one of the best horses of recent years not to win a G1 contest. A horse with an electrifying turn of foot, the son of Silvano was trained by a variety of conditioners through his career, and was the first Met runner for trainer Garth Puller. Raced by Roy and Gladys Meaker, the gelding won or placed in 21 races, with his victories including both the G2 Drill Hall Stakes and G2 Green Point Stakes. Ice Machine was also a close second, to Horse Of The Year Futura, in the G1 Champions Cup. Among the many horses defeated by Ice Machine were champions Beach Beauty Capetown Noir, and Hot Ticket. 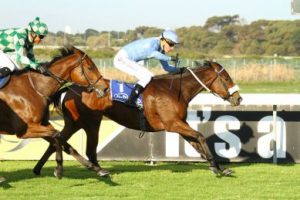 Captain Al is also sire of the Boland Stud bred “Pocket Rocket”, The Merry Widow. She has won three feature races thus far including both the Listed Perfect Promise Sprint and Listed East Cape Fillies Nursery. (The Merry Widow has a lovely Master Of My Fate half-sister on offer at the 2017 National Sale).

No doubt, Social Order will be aimed at a feature race before too long and could well provide Boland with yet another feature race winner!

Boland will be represented by seven lots (and one as agent) at the 2017 National Yearling Sale, which takes place at the TBA complex in Germiston from May 3rd to 5th. Their draft includes lots by top class sires Captain Al, Judpot and Var, as well as yearlings by such exciting young sires as Master Of My Fate and What A Winter.