Million winner’s ½ sister a must see

Boland Stud will be consigning five quality yearlings as agent at the 2017 KZN Yearling Sale, and, one of the nicest of them, is the beautifully bred filly named Variety Moon. 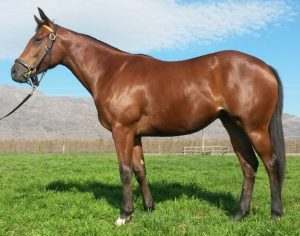 Catalogued as lot 70, and coming up for sale on the first day of the sale, Variety Moon is, as her name suggests, a daughter of champion sprinter and top class sire Var.

Var has a tremendous record as a sire of high class fillies, with this number including champions Val De Ra and Via Africa, Oaks winner Princess Of Light, the speedy G1 performer Schiffer and this season’s sensation Exquisite Touch. The latter, a winner of four of just seven starts, has won both the G3 Man O’War Sprint and Listed Bauhinia Handicap this season and is clearly one of the fastest fillies of her generation.

Variety Moon is an exceptionally well-related filly, with her half-sister Luna Rush having captured the 2016 KZN Yearling Sale Million and earned more than R700 000 from just eight career outings. 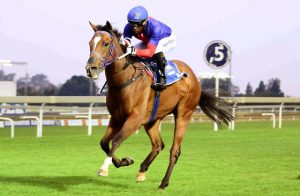 She is out of the high-class Silvano mare Romantic Moon, who won eight times (from 1100-1200m) and ran third in the G3 Poinsettia Stakes.
In turn, Romantic Moon is a full-sister to a colt who fetched R3.25 million as a yearling in 2013.

Variety Moon’s second dam, Racing Heart, is a National Assembly ½ sister to G1 Mercury Sprint winner All Will Be Well and this is the same family as US Champion Silent Screen among others.