Dads Roots – A colt for the classics! 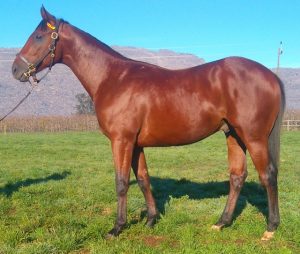 And, one of the nicest of these six, is the colt named Dads Roots (Lot 158). A colt, bred for the classics, he is a son of a SA Derby winner out of a mare by outstanding sire and Cape Derby winner Dynasty.

Dads Roots is from the first crop of multiple Gr.1 winner Wylie Hall, with that Cheveley Stud based stallion having banked more than R3.6 million in prize money during his racing career. One of the very best performers of his generation, Wylie Hall, who raced for Michael Leaf, beat such outstanding performers Capetown Noir, Cherry On The Top, Heavy Metal, Louis The King, Majmu, Wild One and Yorker during a career which saw him win or placed in six Gr.1 races.

A half-brother to a winner, Dads Roots is out of a winning daughter (she won over 1200m) of July winner and four times Equus Outstanding Stallion Dynasty, whose numerous high class offspring include Equus Champions Futura, Irish Flame, Legislate, Beach Beauty, Just Sensual, Bela-Bela and Lady In Black. 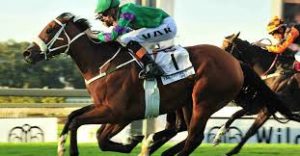 Second dam, a full-sister to stakes winner and Gr.1 Smirnoff Plate runner up Hamildon Hill, is a winning daughter of top sprinter and highly successful sire Harry Hotspur, whose broodmare daughters have produced the likes of Gr.1 winners Fov’s Dancer, Hot Guard, Simonside, and champion sprinter Mythical Flight among others.

Inviting is also fourth dam of this season’s filly sensation Takingthepeace, winner of both the Gr.1 Wilgerbosdrift SA Fillies Classic and Gr.2 Gauteng Fillies Guineas, and recently honoured at the RA awards as Champion 3yo filly of the Highveld season.

The full pedigree page and more for Lot 158 can be viewed at:`
http://bolandstud.co.za/lot-158-fairs-fair-x-wylie-hall/