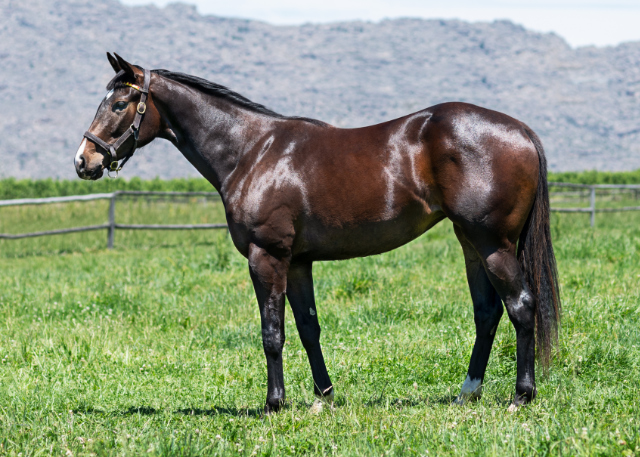 Gimmethegreenlight filly ticks all the boxes!

Gr.1 L’Ormarins Queen’s Plate winning sire Gimmethegreenlight has really made his presence felt since retiring to stud in 2012. South Africa’s Leading First Crop Sire of 2015-2016, the son of More Than Ready has already been responsible for nearly 50 stakes horses, with his progeny having already earned in excess of R46 000 000 in prize money. Gimmethegreenlight, whose sons include such notable Gr.1 winners as Surcharge (Yulong Prince), Got The Greenlight and Gunner, has also had tremendous success with his daughters. To date, Gimmethegreenlight has been responsible for nine individual stakes winning daughters, including the likes of Gimme Six (Gr.2 Fillies Guineas), Green Plains (Gr.2 SA Fillies Nursery, Gr.2 Camellia Stakes), Rose In Bloom (Gr.3 Prix du Cap), Simona (Zimbabwe’s Horse Of The Year in 2017-2018), and Green Pepper (Gr.3 Magnolia Handicap). 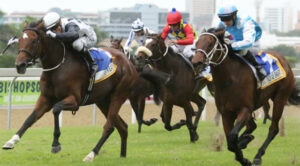 Multiple champion sire Captain Al, the damsire of the filly in question, is proving an excellent broodmare sire and, to date, is already damsire of more than 20 stakes winners –including Gimmethegreenlight sired Gr.1 winner Gunner and the Gimmethegreenlight sired Zimbabwean champion Flanders. Captain Al who has 99 stakes winners to his name, has had another excellent season in 2019-2020 with his star representatives including the Vaughan Marshall trained Gr.1 Sun Met hero One World and the Gr.1 WSB Cape Fillies Guineas winner Missisippi Burning.

This Gimmethegreenlight filly is bred on the same cross as Gr.1 winners Rushing Fall and Verrazano. 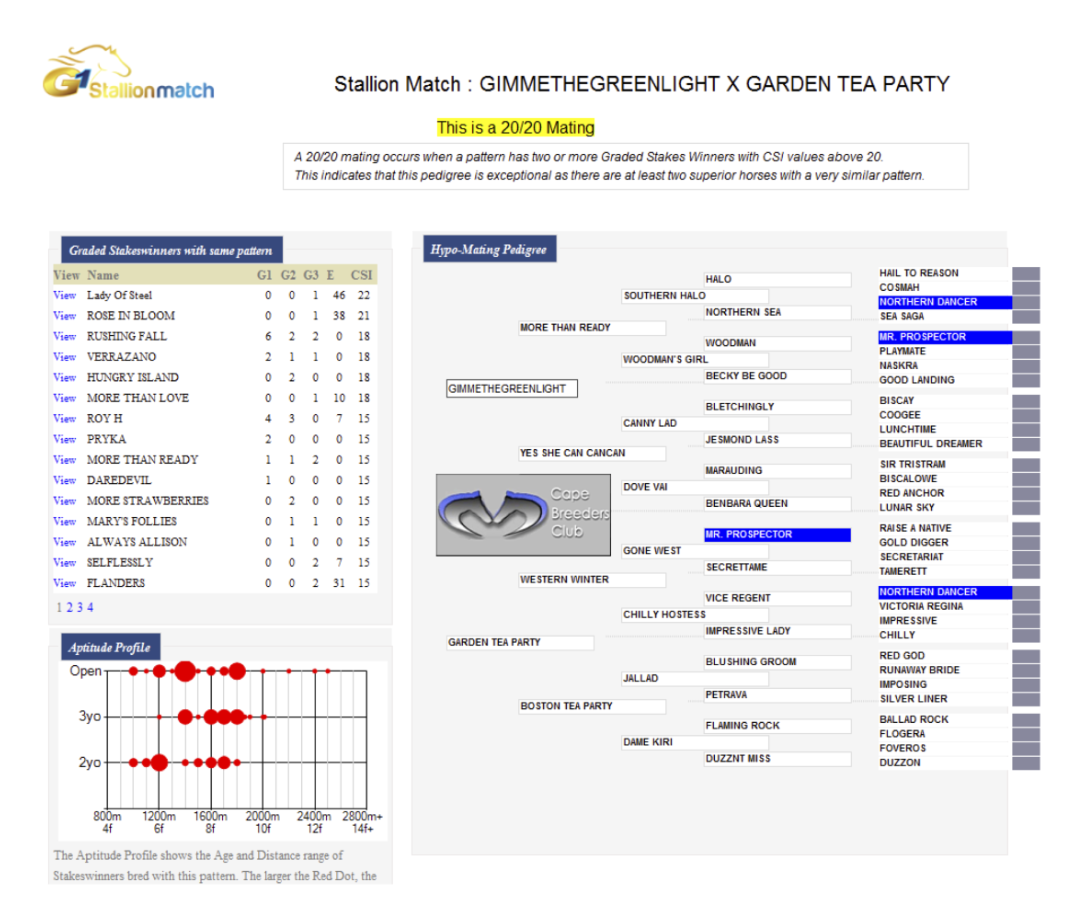 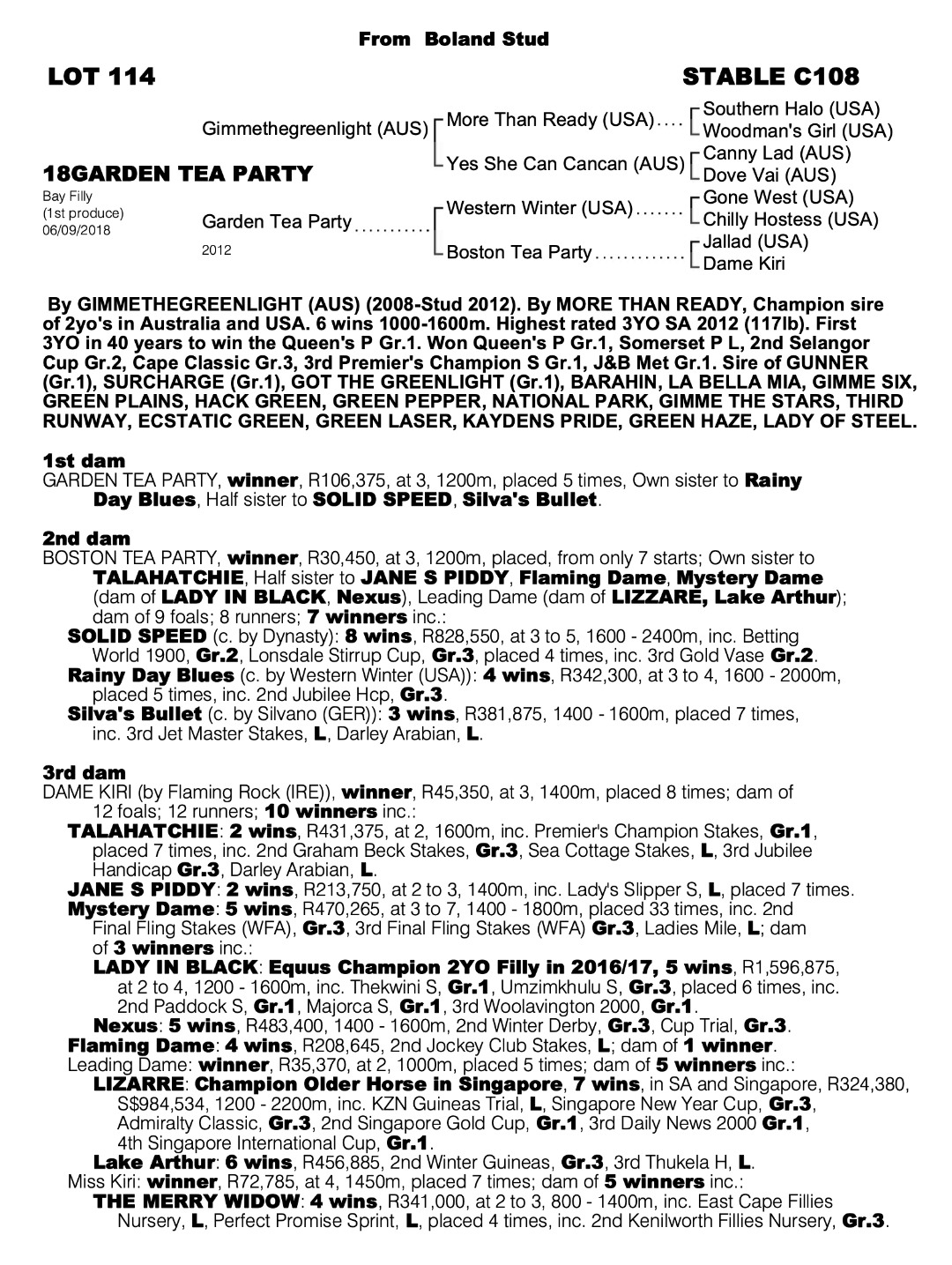 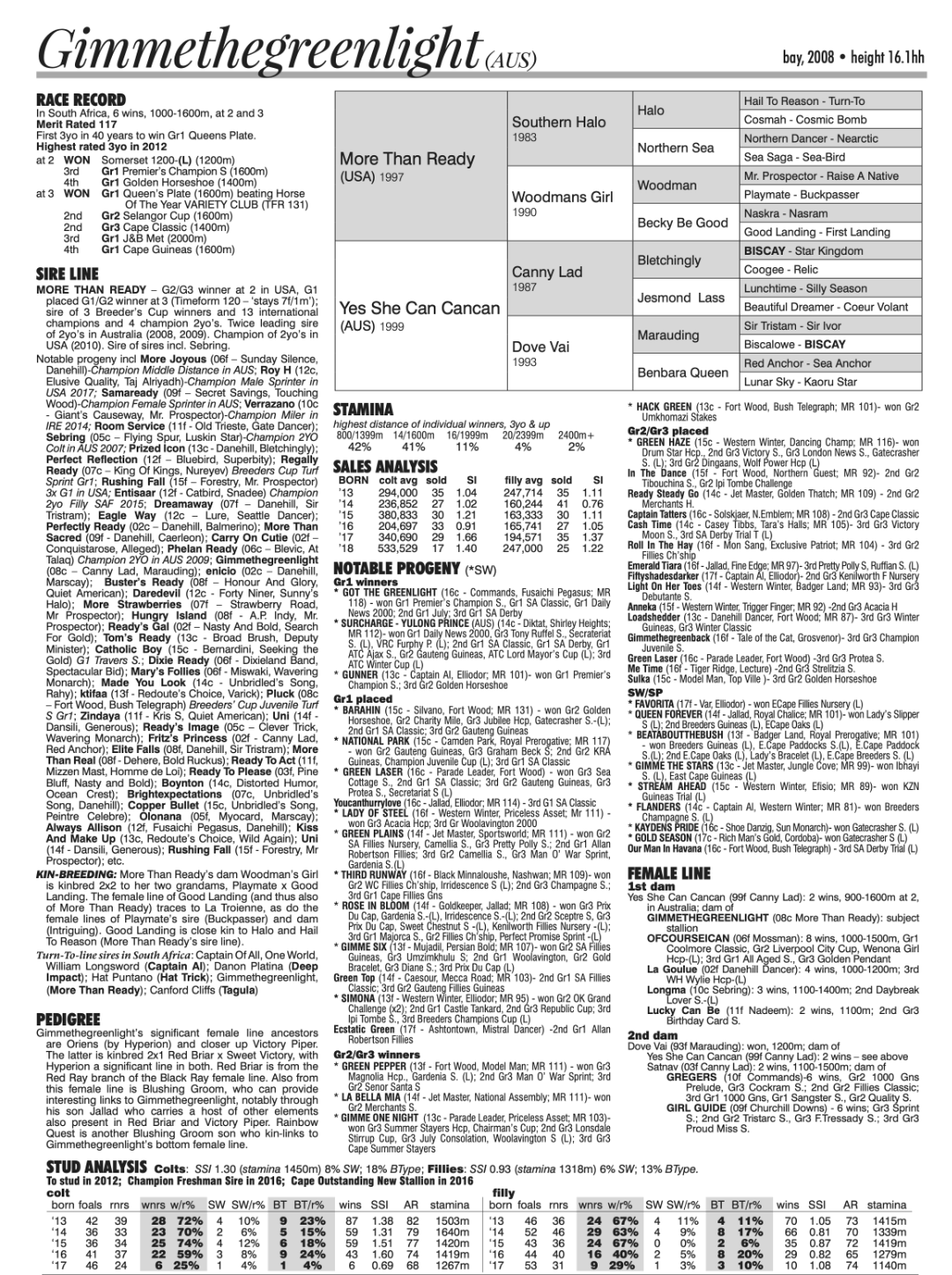