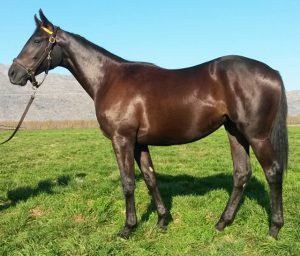 One such filly is lot 114, a bay daughter of Gone West’s ill-fated stakes winning son Sail From Seattle.

Sadly now deceased, Sail From Seattle is enjoying a tremendous season, and has already been represented by an impressive 15 individual 2yo winners in 2016-2017.

This means Sail From Seattle, whose relatives include US champion sire Smart Strike and local triple G1 winner Jackson, has been represented by more 2yo South African winners this season than have such outstanding sires as Captain Al, Gimmethegreenlight, Redoute’s Choice and Dynasty. 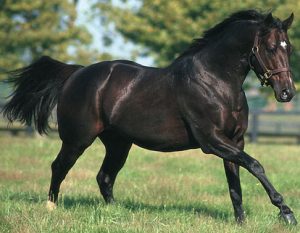 Boland’s Stud’s Sail From Seattle filly is a half-sister to 3 winners, one of whom enjoyed success in Singapore!

The filly on offer is out of a Model Man to the G1 winning champion Thundering Star, as well as to the high class graded winning filly Olympic Storm (G3 Jacaranda Handicap)-herself dam of the talented Storm Warning, who has earned nearly R1 million in prize money.

This regally related filly’s second dam is a stakes winning daughter of champion sire Foveros and the great champion Olympic Duel, whose 13 career wins included seven at G1 level, notably the J&B Met, Mainstay International and Champion Stakes, where Olympic Duel downed some of the country’s top males around!

Her broodmare sire, and Horse Of The Year, Model Man is a top class damsire with his daughters having produced such standout G1 winners as Along Came Polly, Pointing North, Fly By Night and National Spirit –to name but a few. 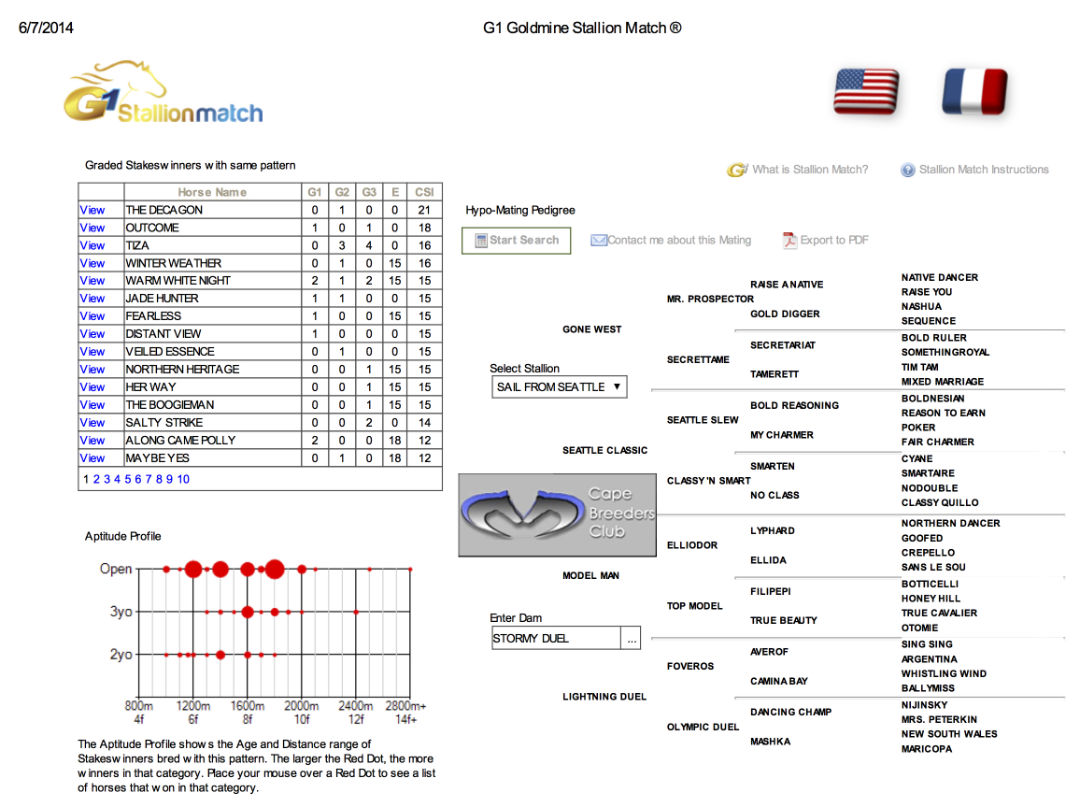 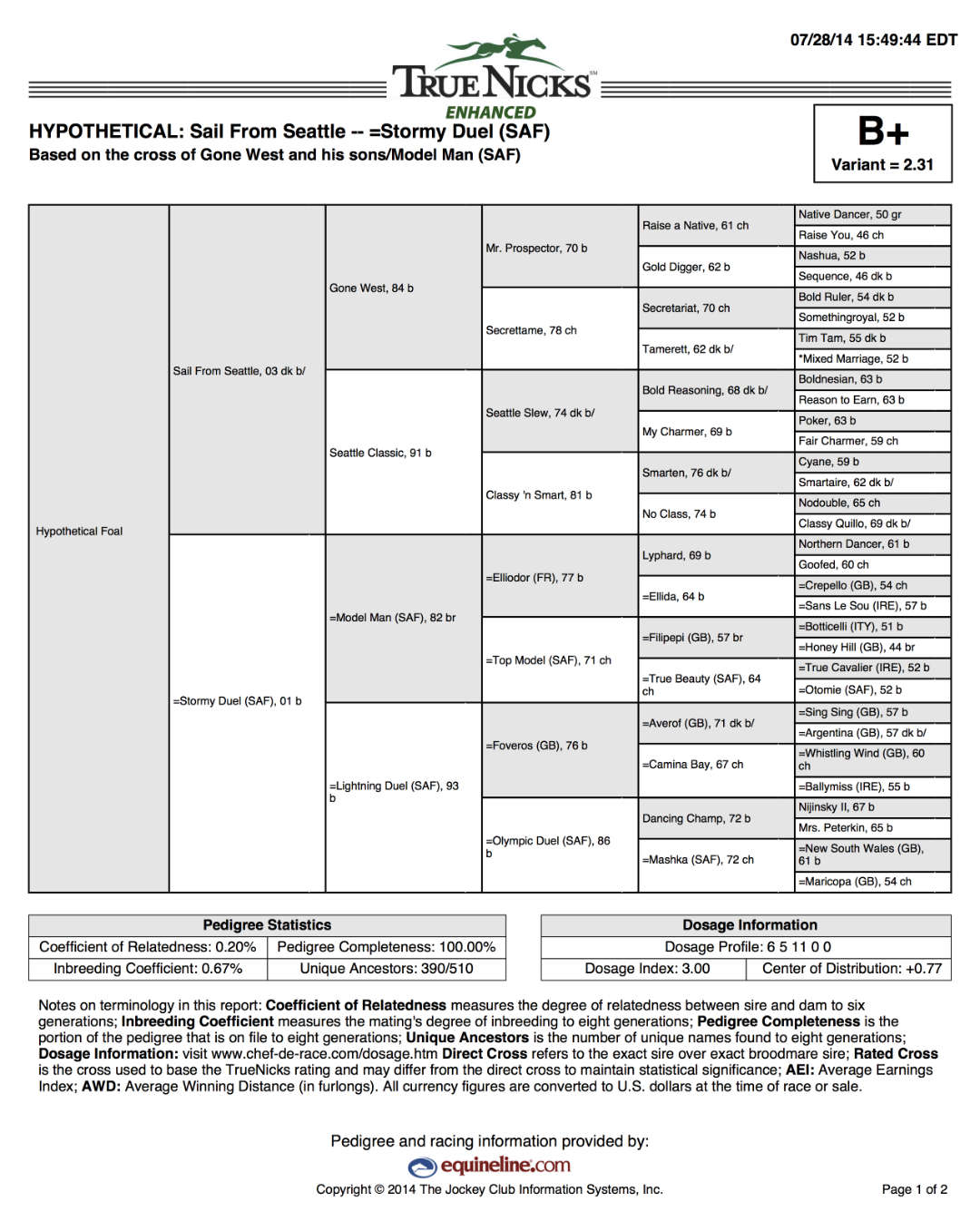 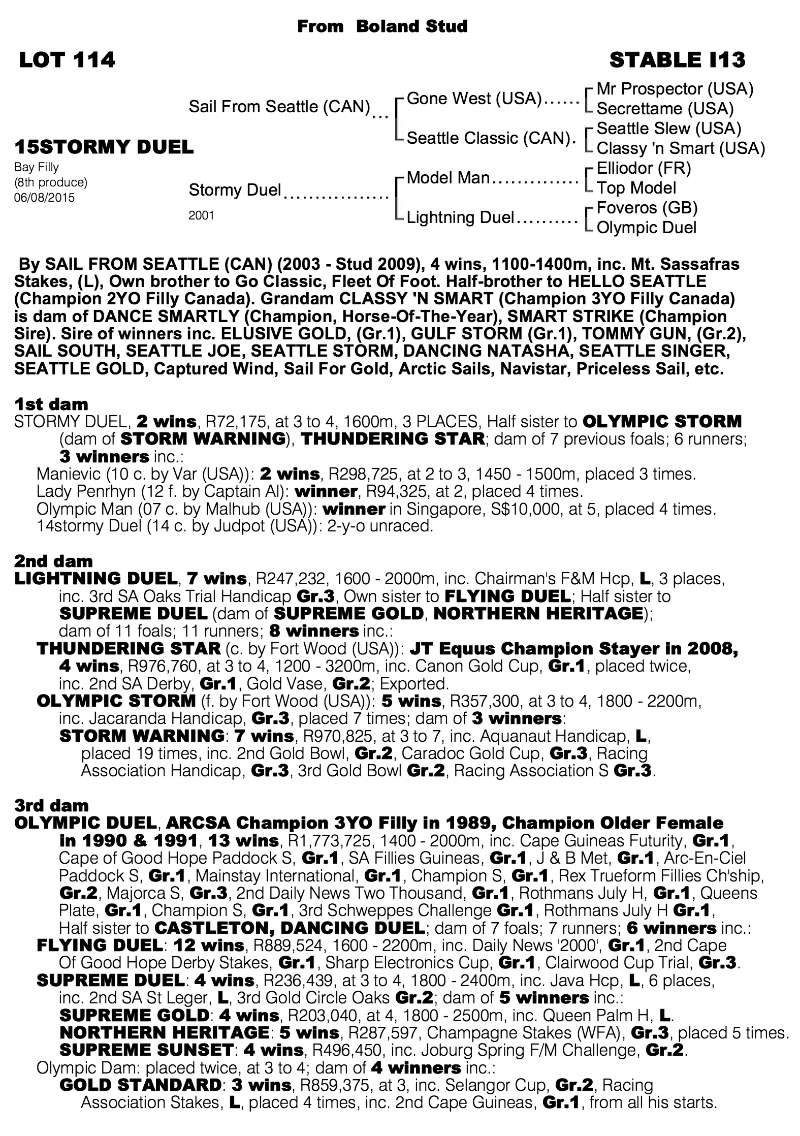 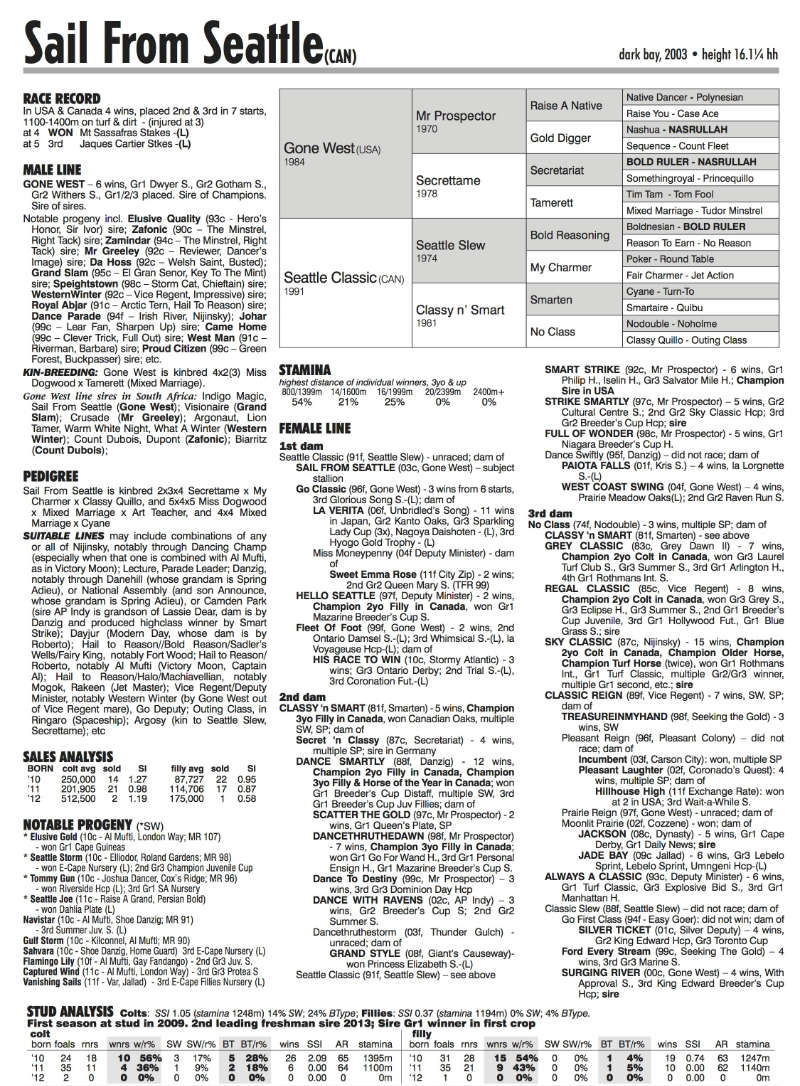