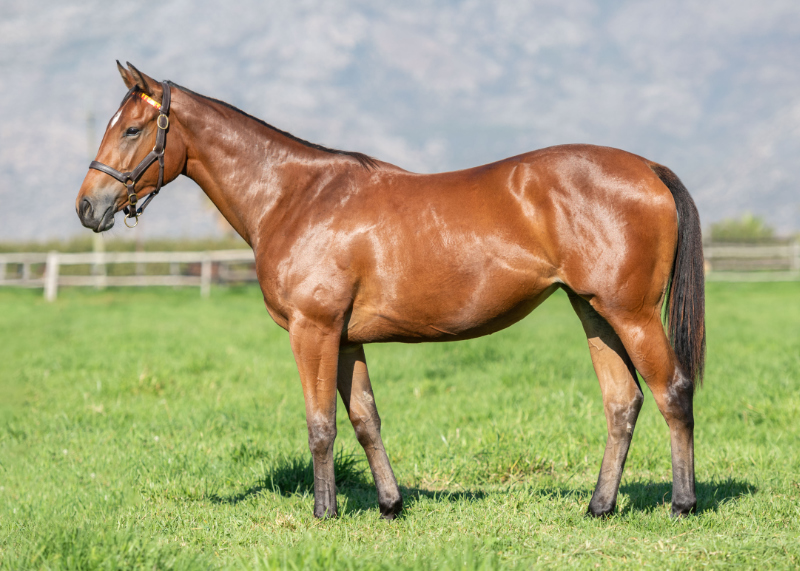 Boland Stud will be offering, as agent, an exceptionally well bred daughter of leading sire Var at this year’s National Yearling Sale. The filly (Lot 163) in question is out of the Oratorio mare Our Fair Lady, herself a half-sister to this season’s very smart three-year-old Legitimate. The latter, himself a R600 000 yearling purchase, caught the eye when finishing second to the impressive Kommetdieding in January’s Gr.3 Politician Stakes, with Legitimate looking an exciting future prospect for trainer Dean Kannemeyer and owner Khaya Stables. 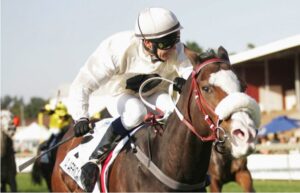 Var has firmly established himself as more than capable of siring sensational daughters. To date, Var has 13 graded stakes winning daughters to his credit, including a trio of Gr.1 winning South champions in the form of Sommerlied, Val De Ra, Via Africa and Anything Goes, as well as Zimbabwean champion Mia Finola. Other notable fillies sired by Var include Oaks winner Princess Of Light, Post Merchants victress Varikate, multiple graded stakes winner Schippers, and Gr.1 Allan Robertson Fillies Championship runner up Cavivar. 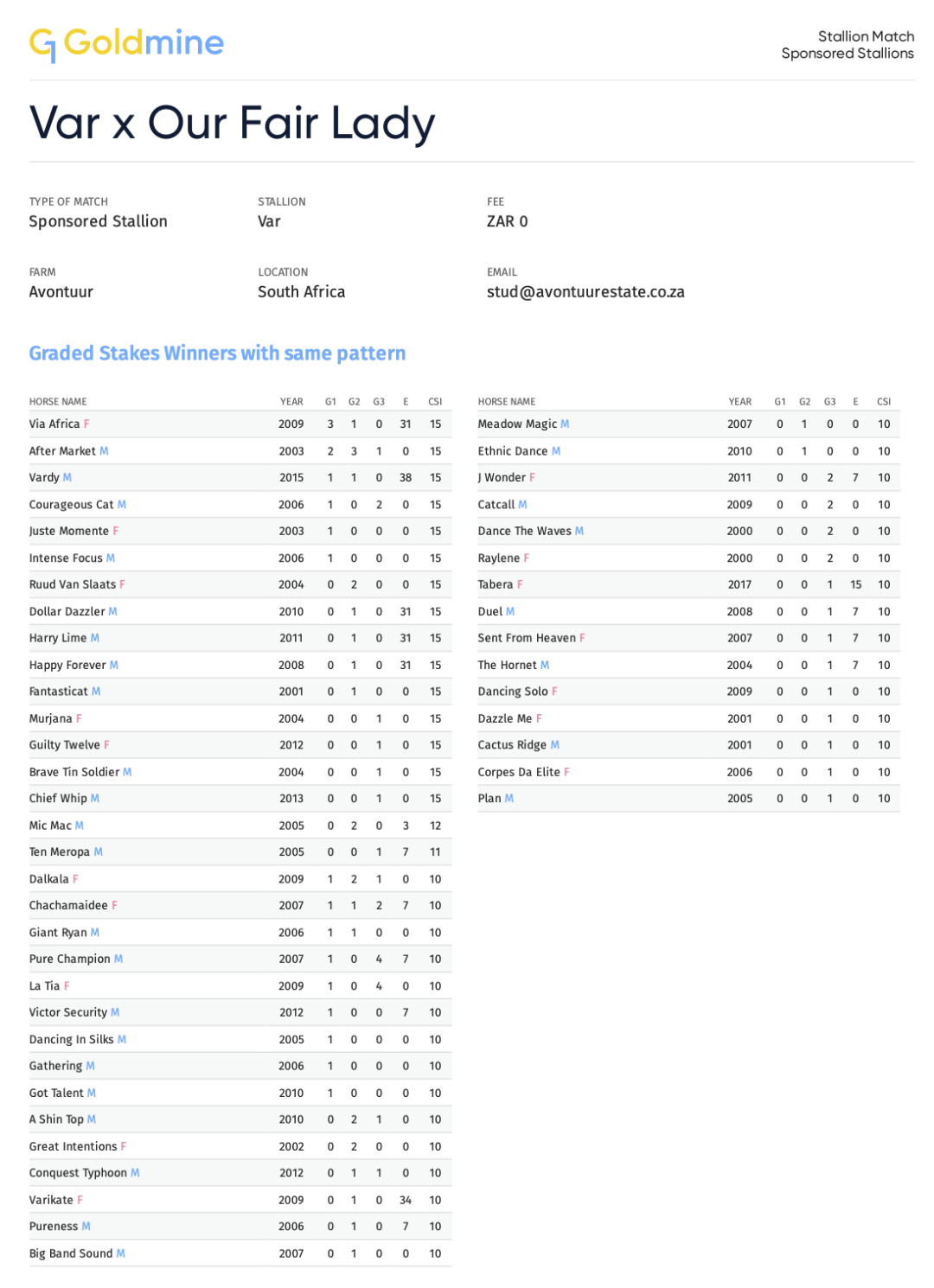 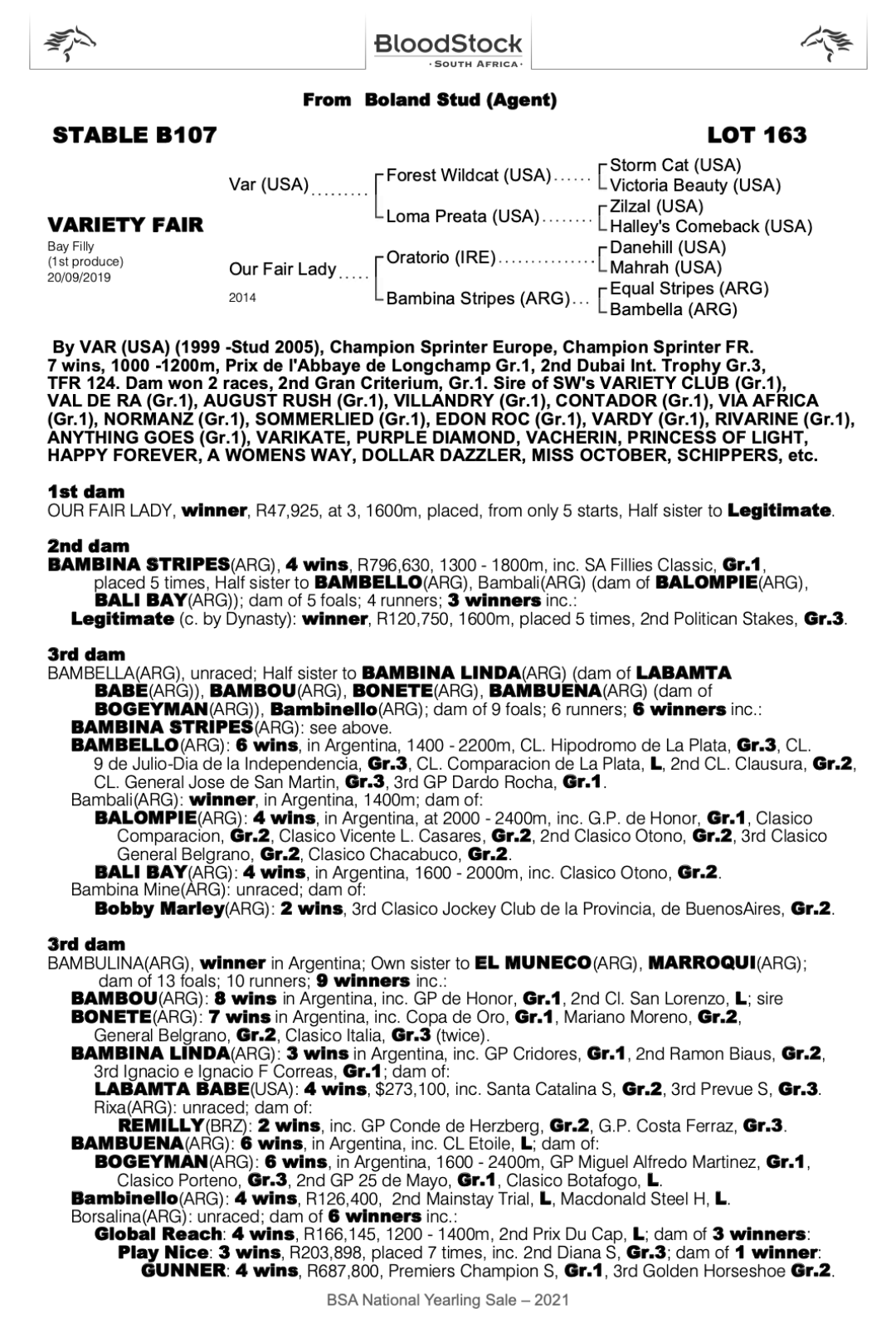