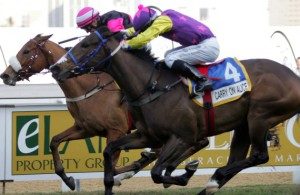 The regally bred stallion Mambo In Seattle is the sire of one of the best horses ever sold off a KZN Yearling Sale.

Mambo In Seattle filly, Same Jurisdiction, now racing overseas, was sold at the 2013 SUncoast KZN Yearling Sale for R270 000 –and proved a bargain buy at the price.

The Duncan Howells trained filly was one of the best members of a stellar crop of fillies while racing in South Africa, with Same Jurisdiction hailing from the same crop of fillies as such standouts as Alboran Sea, Carry On Alice, Smart Call and five time G1 winner Inara. Same Jurisdiction, who won or placed in 12 of her 14 outings and earned over R2 million in stakes, won or placed in no fewer than six Grade One races.

Her victories included the G1 Thekwini Stakes and G1 Garden Province Stakes, with Same Jurisdiction accounting for such outstanding performers as Alboran Sea, Carry On Alice, Hammie’s Hooker, and Smart Call, during her local campaign.

Boland Stud will be offering a colt by G1 Travers Stakes runner up Mambo In Seattle at the 2017 KZN Yearling Sale and it may well be a case of lightning striking twice.

This colt, catalogued as lot 182, is bred on the same Mambo In Seattle/Captain Al cross as Same Jurisdiction.

A bay, he is out of G3 Kenilworth Fillies Nursery runner up and five time winning half-sister to G3 Byerley Turk winner and G1 Daily News 2000 this Mambo Mime (a son of Mambo In Seattle).

This makes lot 182 extremely closely related to Mambo In Seattle’s star progeny Same Jurisdiction and Mambo Mime –and surely a must have for any serious buyer. 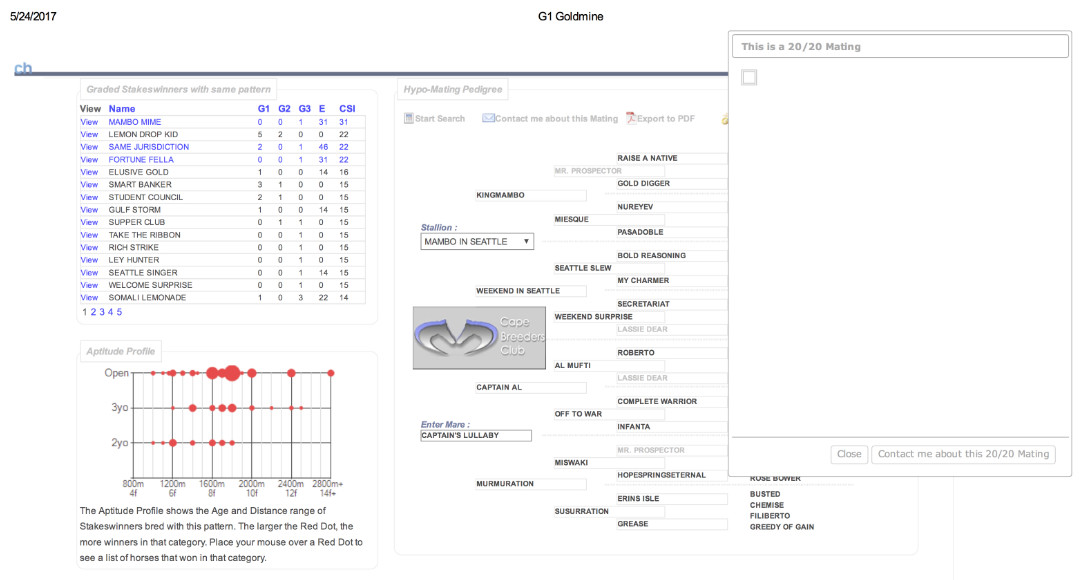