South African Triple Crown winner, and former Gr.1 Summer Cup victor, Louis The King has made a promising start to his stud career.
The multiple Gr.1 winning son of Black Minnaloushe has only been represented by a handful of first-crop runners thus far, but Louis The King’s early winners include Somerset 1200 runner up Matthew The King and impressive debut winner Louis Gem, while Louis The King colt Dawn Of A New Era has finished second and third in each of his first two starts. 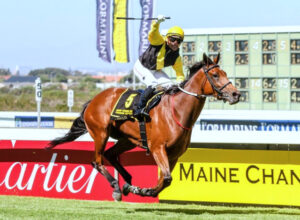 One of the best horses of his generation, and a grandson of legendary sire Storm Cat, Louis The King won or placed in 11 of his 15 starts while earning more than R5.077 million in stakes. His wins included the Gr.2 Gauteng Guineas, Gr.1 SA Classic and Gr.1 SA Derby at three, and he landed the Gr.1 Summer Cup the following season. He is represented in Boland Stud’s’ Emperors Palace National Two Year Old Sale draft by a very well related filly indeed. Remarkably, this filly is not only sired by a Triple Crown winner (Louis The King) but her winning dam Princess Eleanor (Horse Chestnut) also numbers a South African Triple Crown winner as a sire. Princess Eleanor, who won twice over 1600m, is a half-sister to three black type horses, notably Gr.3 Cape Of Good Hope Nursery winner Empress Crown, while her dam, Fire Tread, won three including both the Gr.3 Diana Stakes and Listed Sophomore Sprint.

Horse Chestnut, one of the greatest racehorses ever bred in Africa, has proved an excellent broodmare sire with his daughters having produced such notable Gr.1 winners as Cannock Chase, Channel Maker, Camphoratus, Fault, Johnny Bear, Smart Call, Star Catcher, Suggestive Boy and Zipessa -to name a few! 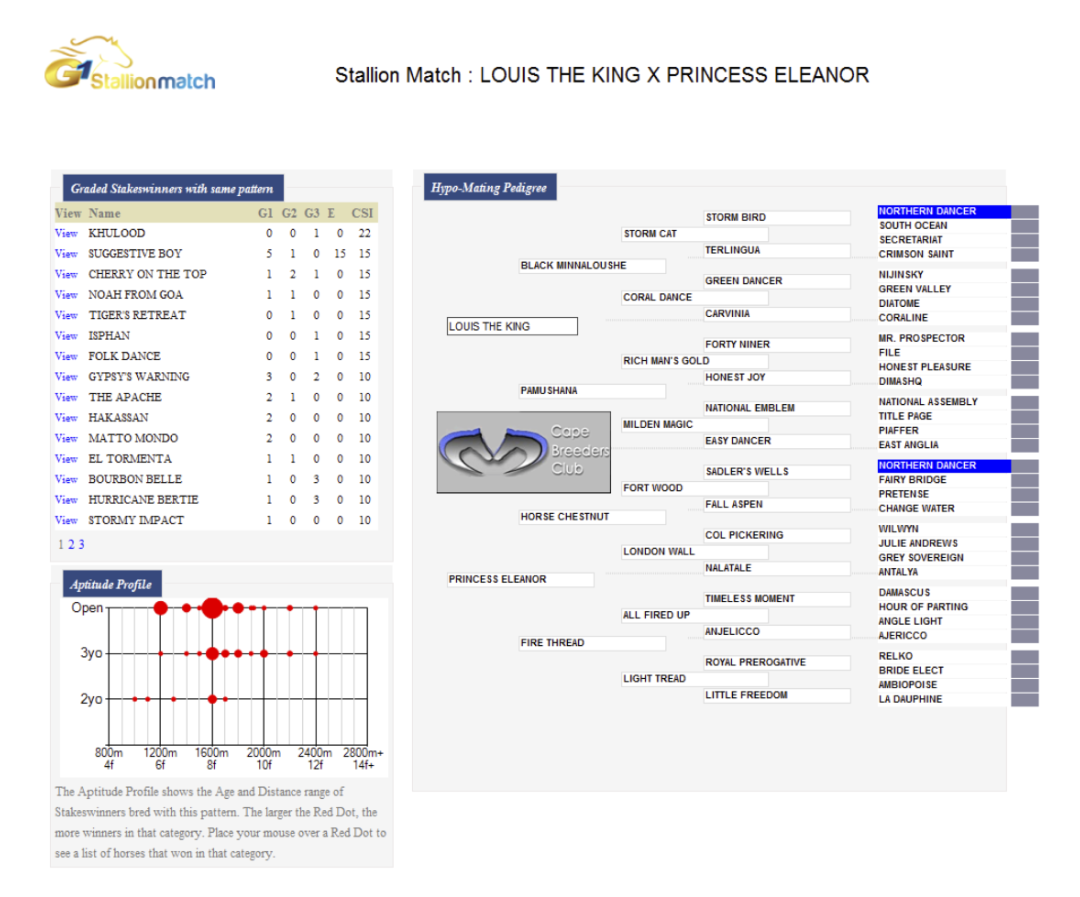 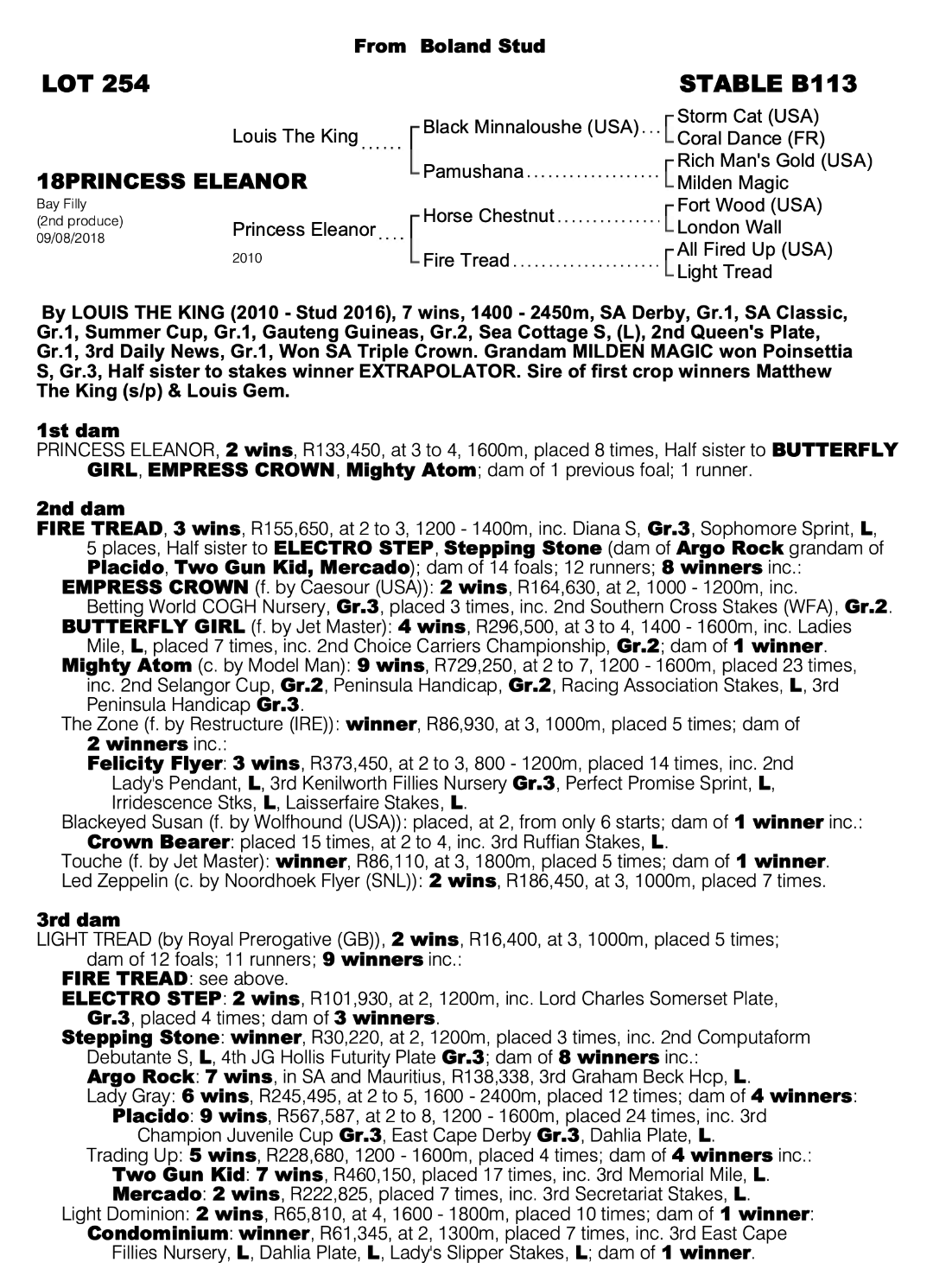 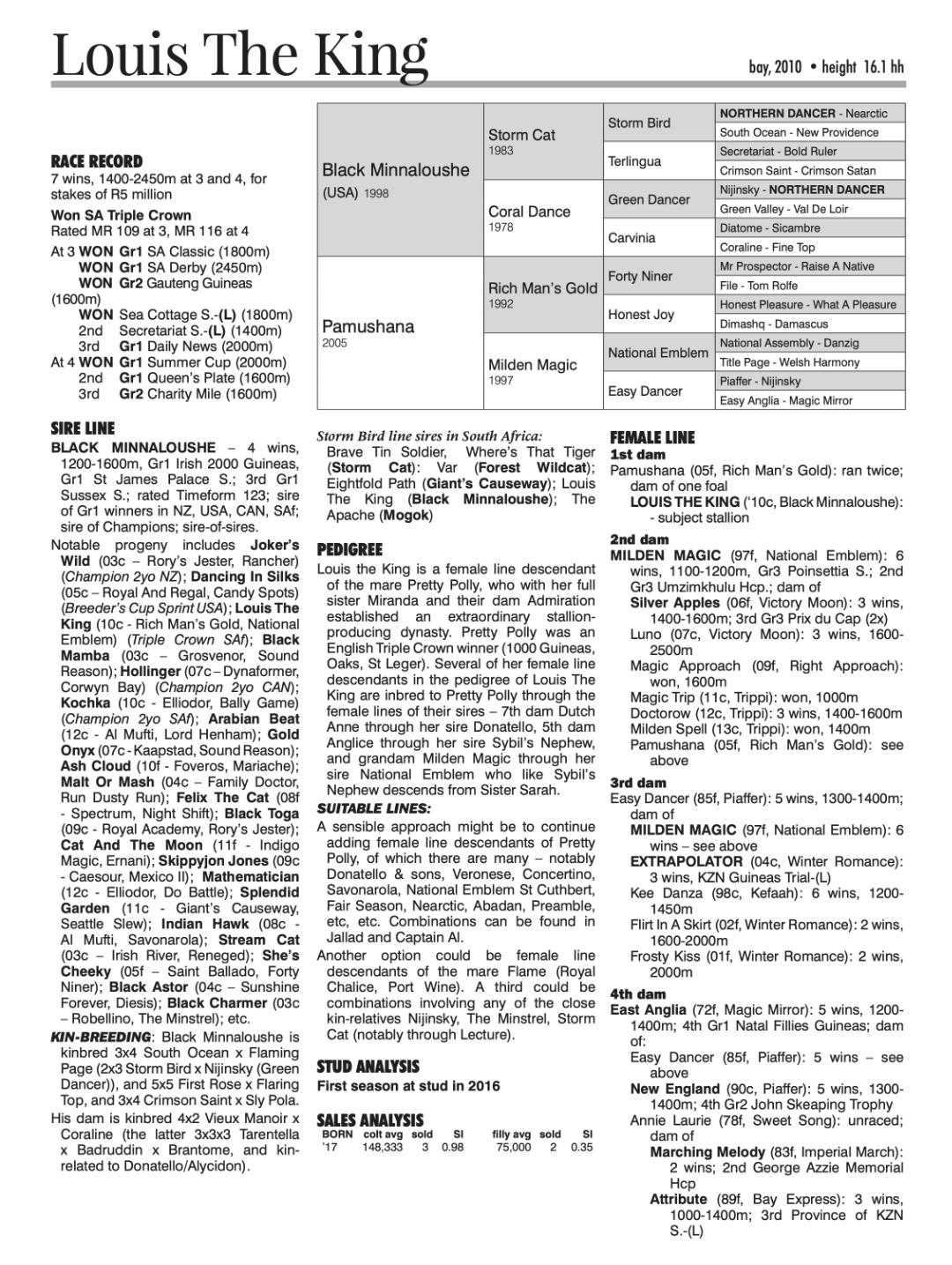