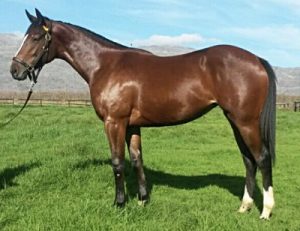 This classically bred filly is a daughter of Mambo In Seattle, a stakes winner and G1 Travers Stakes runner up brother in blood to US champion and prominent sire Lemon Drop Kid.

His daughter out of Jet Princess (by Jet Master) is a very well related filly. She is out of a lightly raced own sister to Singapore G2 winner Thundering Jet, whose local victories included the G3 Matchem Stakes. 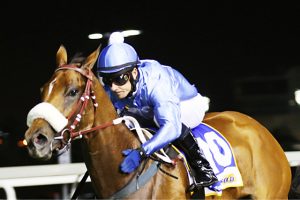 Jet Princess, whose siblings include six other winners, is from a top class international family and is directly descended from the great mare Kong. Kong, who won the important Wokingham Handicap, was an outstanding broodmare, whose offspring include 2000 Guineas winner Nimbus and G2 Richmond Stakes winner and outstanding sire Grey Sovereign.

This is also the family of champion SA sprinter Sunera and graded winners Something Else and Double Whammy. 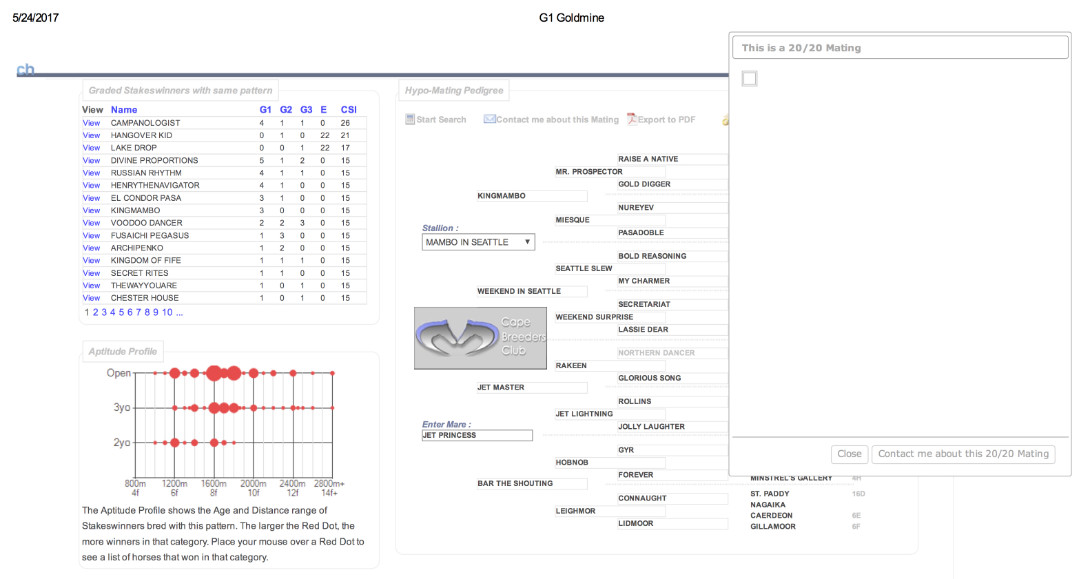 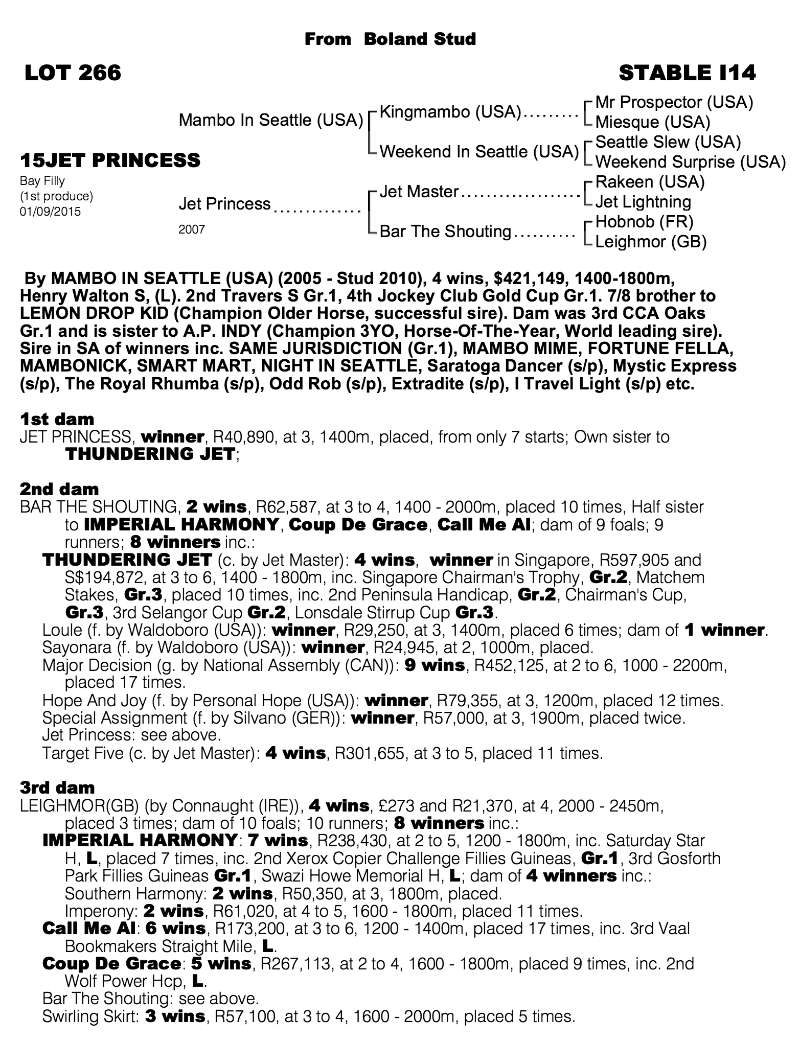 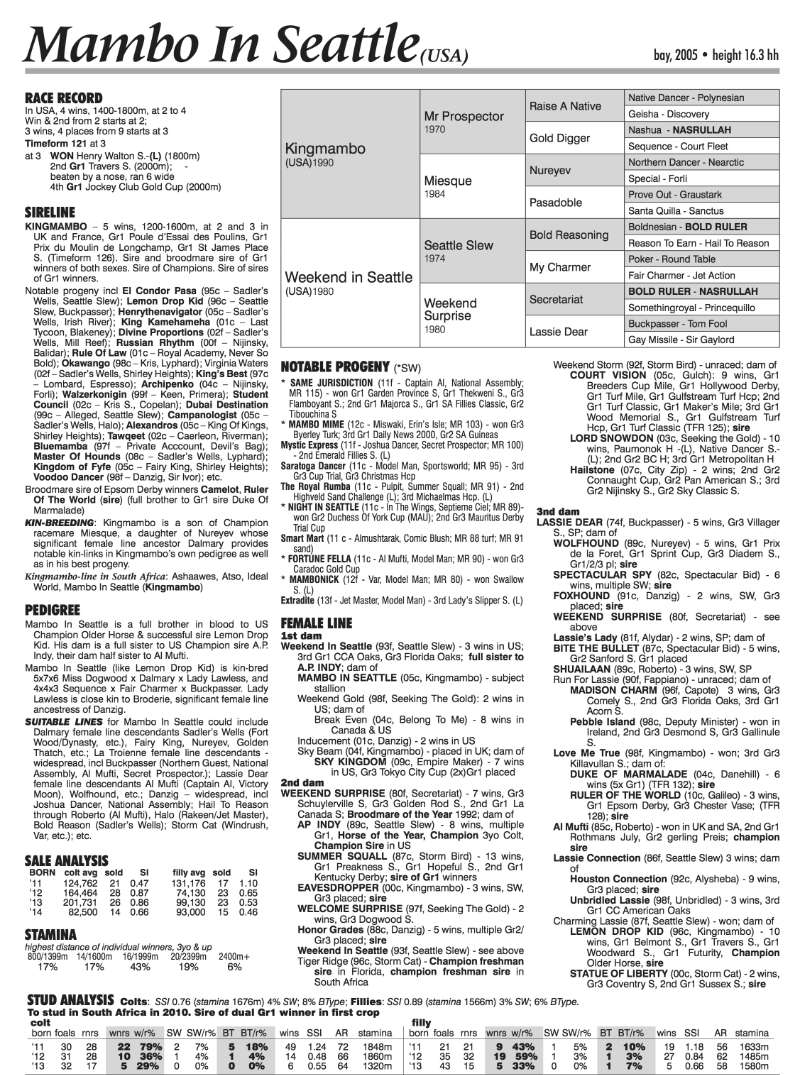