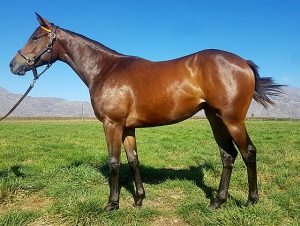 The sire of 18 G1 performers, including champions Variety Club, Val De and Via Africa, Var (also sire of impressive recent feature winners Exquisite Touch and Rivarine) has an exceptional crop of two-year-olds this season.

They include the very impressive Varallo (unbeaten in two outings to date),recent winner Speedpoint, and debut winners Bank On It, Namibia, Trini’s Var Hyt and Valedictorian.

Boland Stud will offer lot 278, a daughter of this impressive G1 sire. She is out of a winning Jet Master half-sister to none other than 11 time G1 winner O Caesour, whose victories included the G1 Cape Flying Championship (a race won previously by Var daughters Val De Ra and Via Africa). The durable O Caesour also won two runnings of the G2 Merchants and won or placed in a total of six graded races.

The filly on offer, whose second dam is a winning Al Mufti half-sister to stakes winning two-year-old, hails from one of the best families in the South African stud book.

Her relatives include such G1 winners as Enchanting and Siren’s Call, as well as champions Laverna, Enchantress and National Currency.

Like the filly on offer, Siren’s Call, O Caesour, Enchantress and National Currency are all sired by Northern Dancer line stallions.

This filly has been bred on a similar cross to the one that produced Gr.1 winners Giant’s Causeway, After Market, Courageous Cat and Sophisticat. 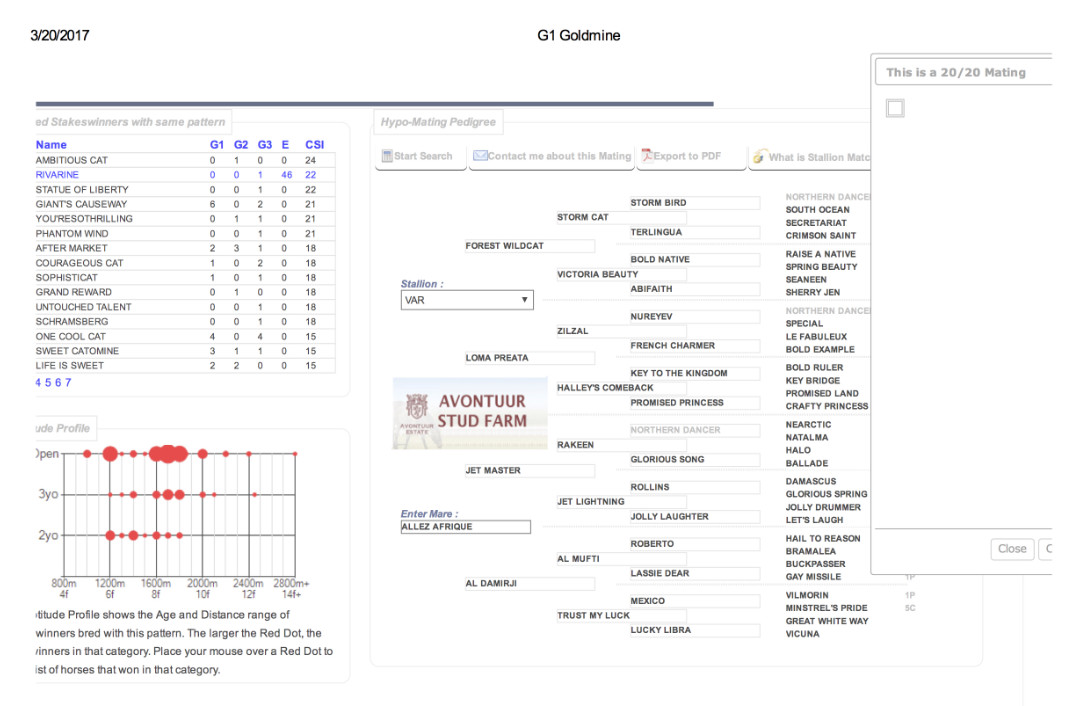 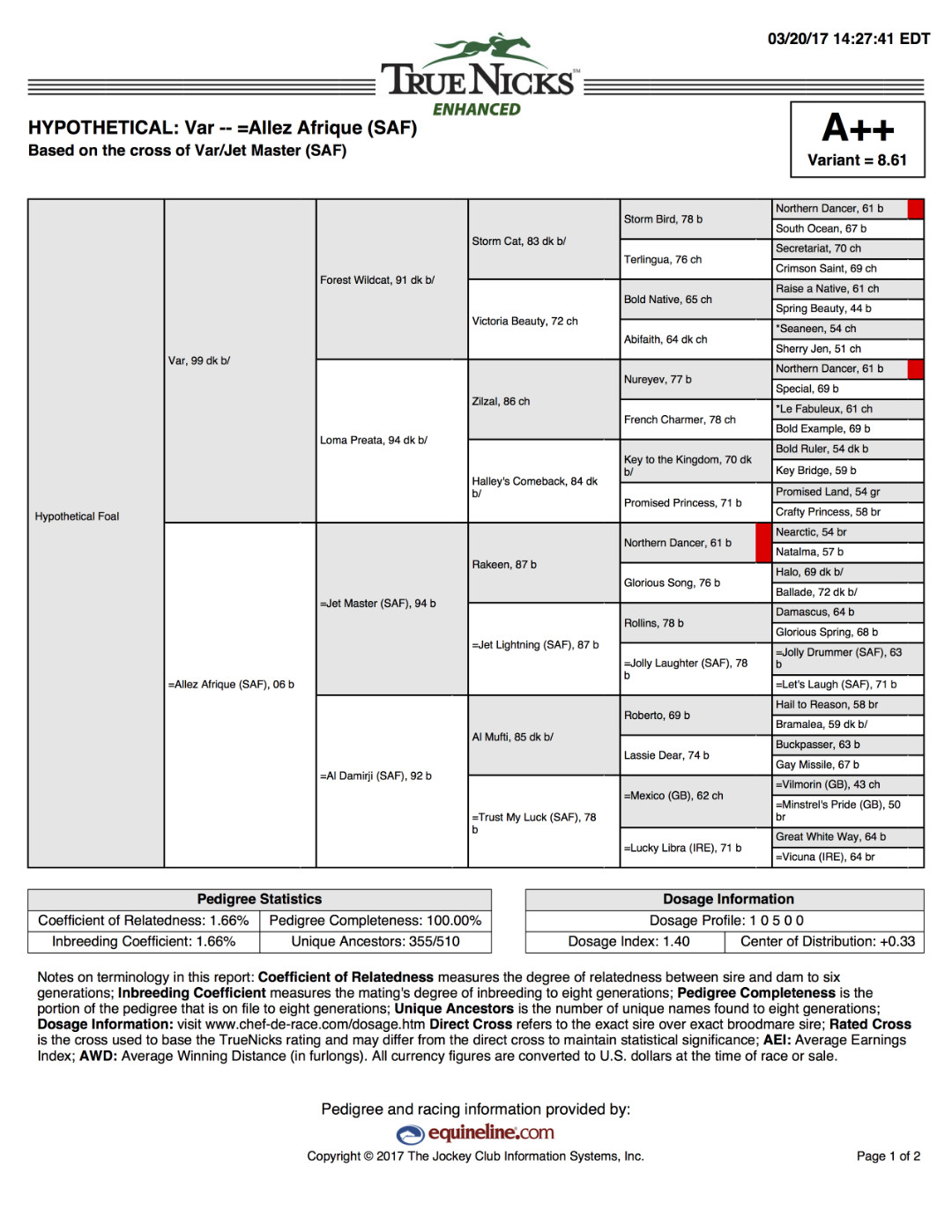 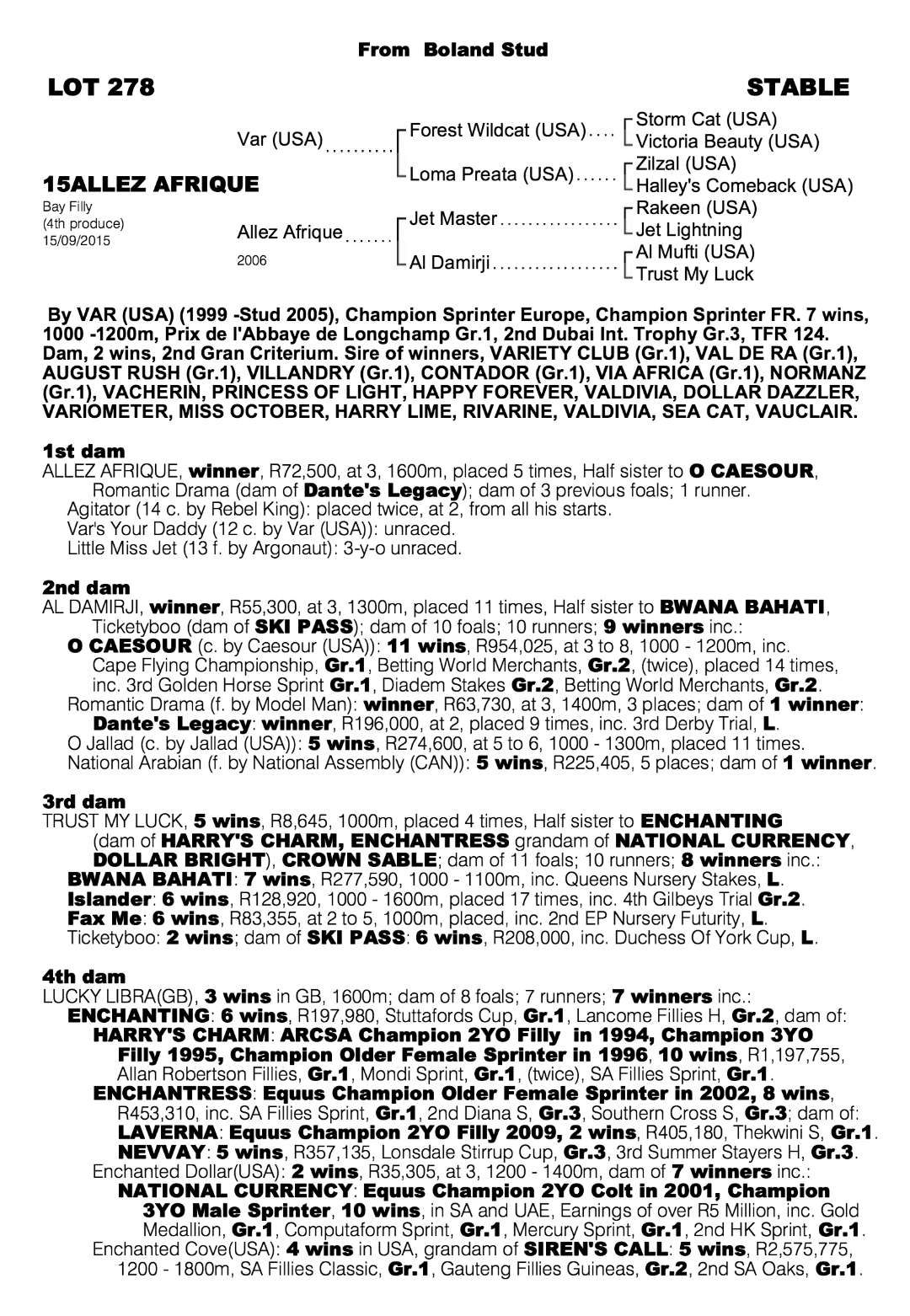 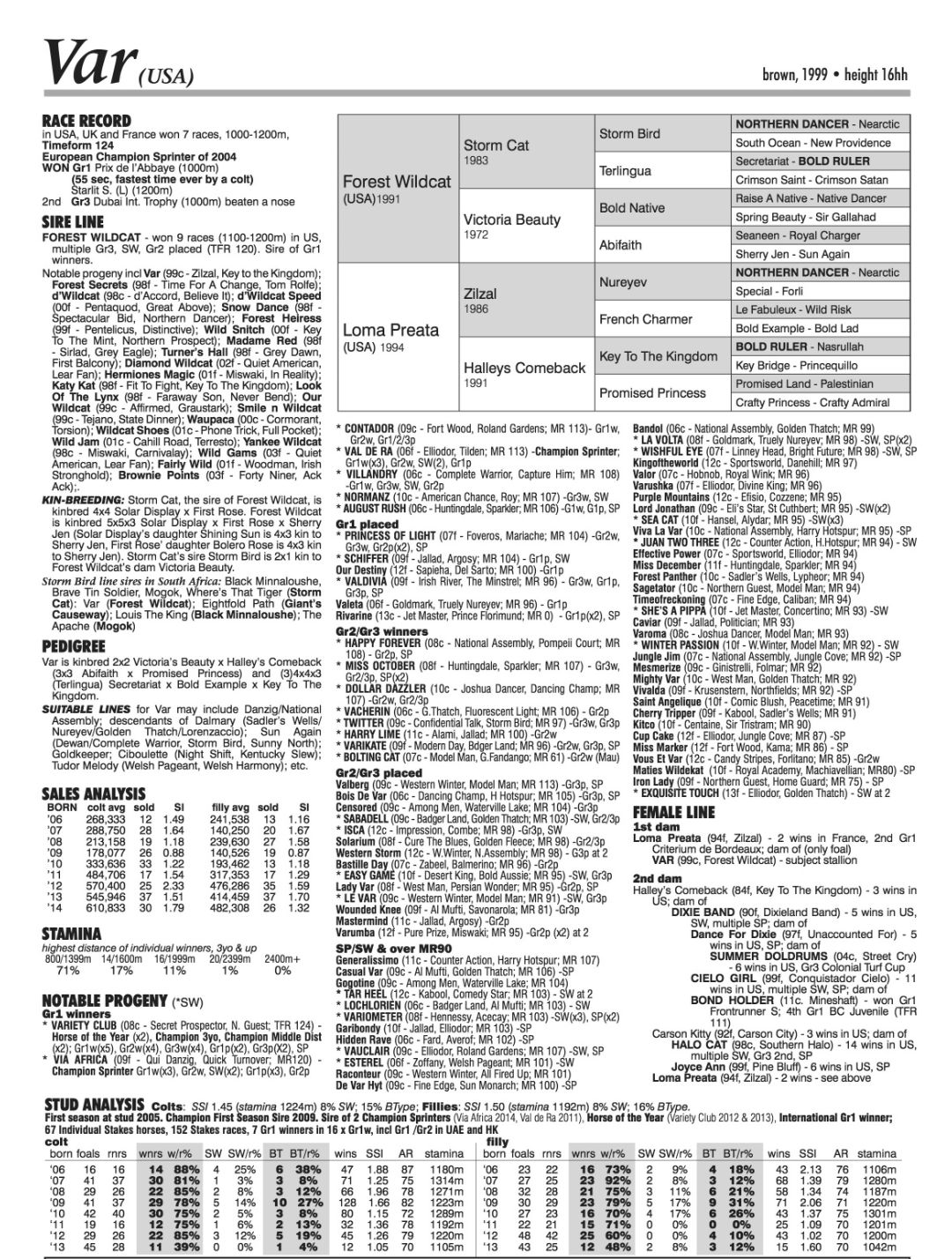