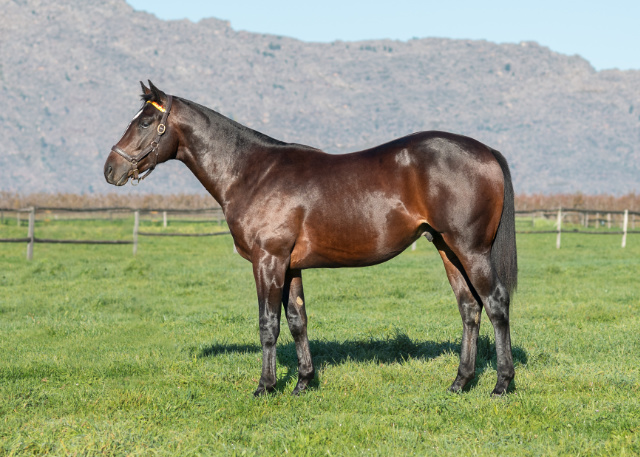 Imposing sire Master Of My Fate, a winner of six of only eight starts including both the Gr.2 Premier Trophy and Gr.2 Peninsula Handicap, continues to make a big impression at stud. 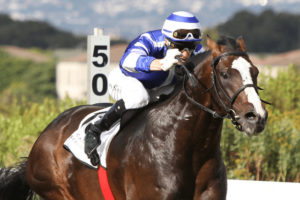 Boland Stud will be offering a really nicely bred son of this exciting stallion at this year’s Emperors Palace National Yearling Sale, and this Master Of My Fate colt has plenty of appeal about him. Closely inbred to former high-class sire and broodmare sire Elliodor, this colt is out of the smart racemare Red Label, a stakes placed winner of five.

Red Label herself is out of the Elliodor mare Royal Reserve –a three-parts sister to unbeaten Equus champion, and dual Gr.1 winner Private Reserve, and this is also the family of Gr.1 Prix Jean Prat winner Olden Times. The colt in question traces back directly in female line to none other than Admiration, the dam of legendary racemare Pretty Polly. This colt has been bred on a similar cross to the one that produced Gr.1 winner In The Fast Lane!

Eugene really likes this colt, and says of him, “He is an absolutely magnificent looking colt!”.

In The Fast Lane 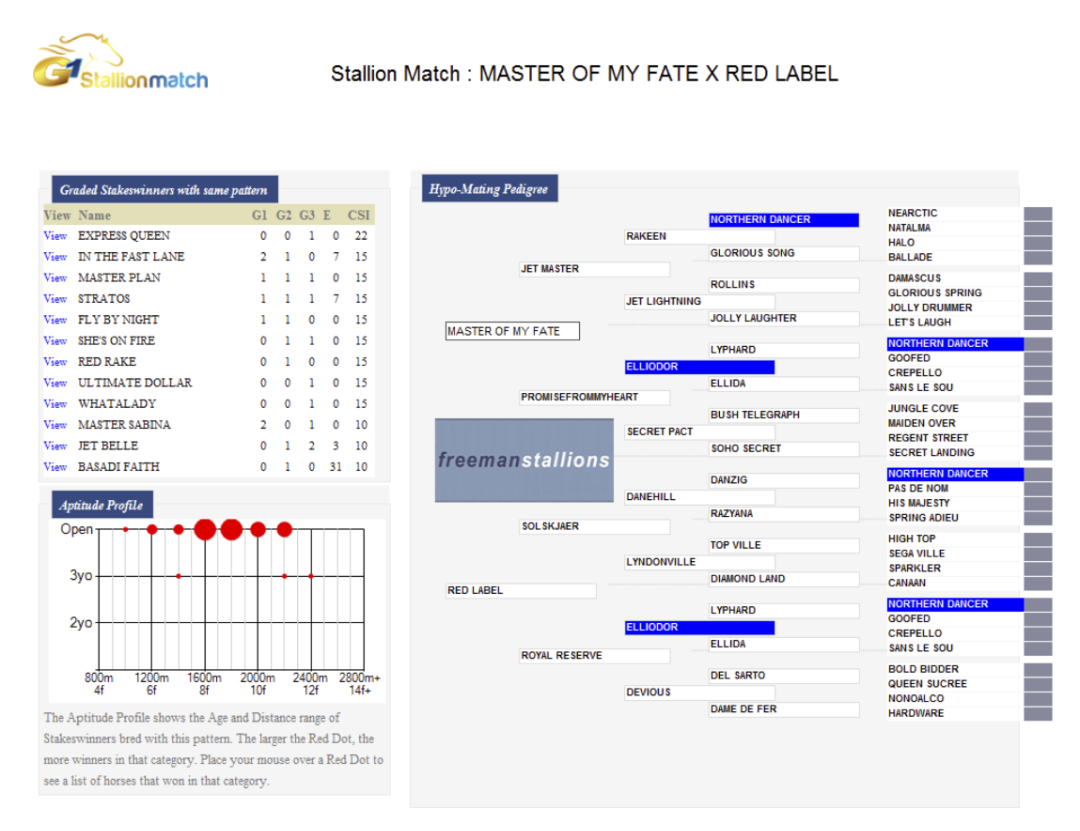 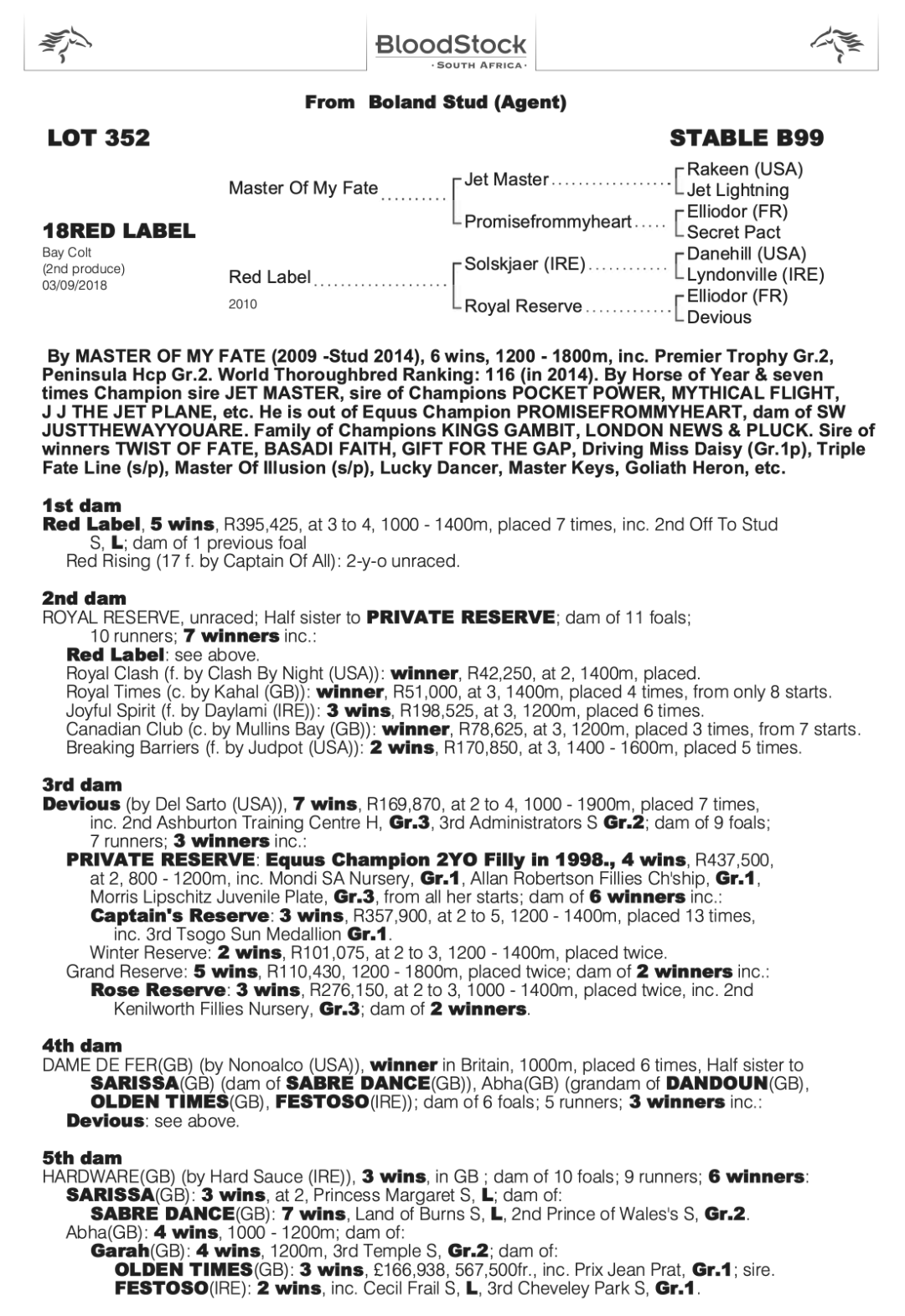 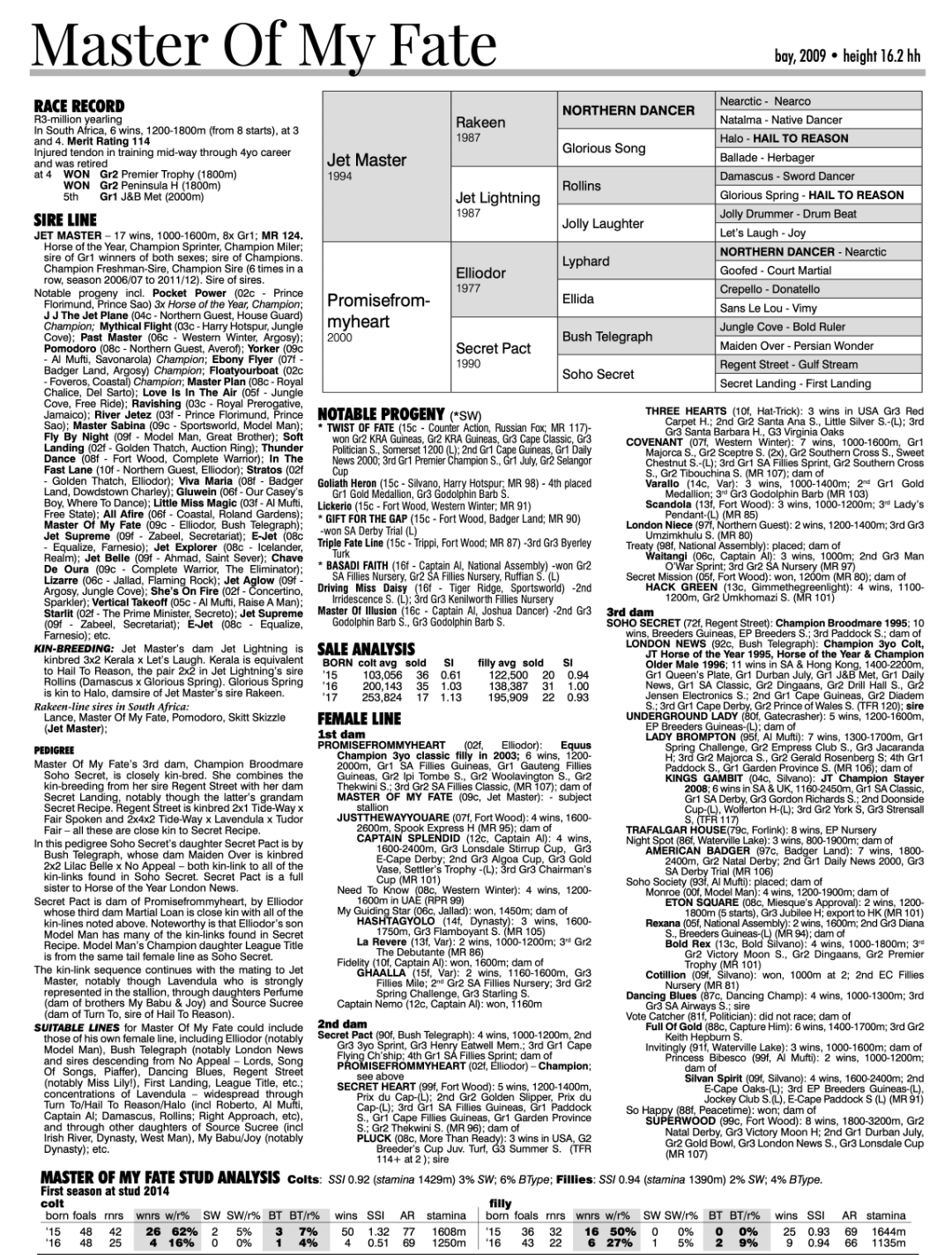 To schedule your visit please contact Eugene Freeman on 084 816 3741 or email him at eugenefreeman@bolandstud.co.za Make a day or a long weekend of your trip and come and enjoy all that the beautiful Ceres valley has to offer. We look forward to the pleasure of your company.