“This is what you call an awesome colt” 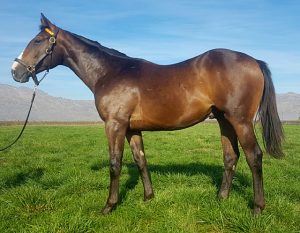 Judpot is also responsible for lot 56 selling at the 2017 National Yearling Sale in May. This well bred colt is a half-brother to 7 winners –most notably 6 time G3 winner London Guest (by London News), whose victories included the G3 The 2200 and Listed The Sledgehammer.

Dam Model Guest, a sister in blood to multiple champion sprinter Senor Santa, has produced seven winners who have won no fewer than 24 races between them.

His second dam (by Model Man –damsire of Judpot’s champion Along Came Polly) won the G2 Natalia Stakes and was a half-sister to six time G1 winner Senor Santa, with her other notable relatives including ill-fated G1 Cape Guineas winner Flight Alert. This is the wonderful Drohsky family, responsible for such champions as Sea Cottage, Aquanaut, Bold Speed, Evening Mist and Dancing Danzig among many others.

This colt has been bred on a similar cross to the one that produced Gr.1 winners Along Came Polly, Aptitude, Honest Lady, Rags To Riches and Girolamo.

It is safe to say that this colt is bred to fly! 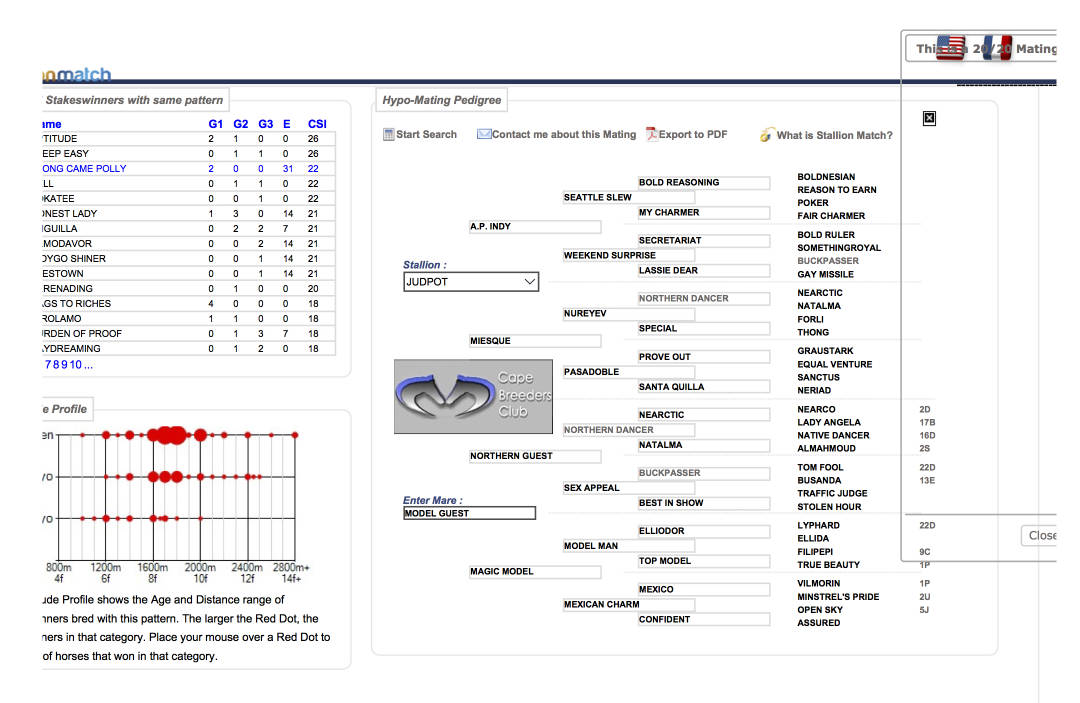 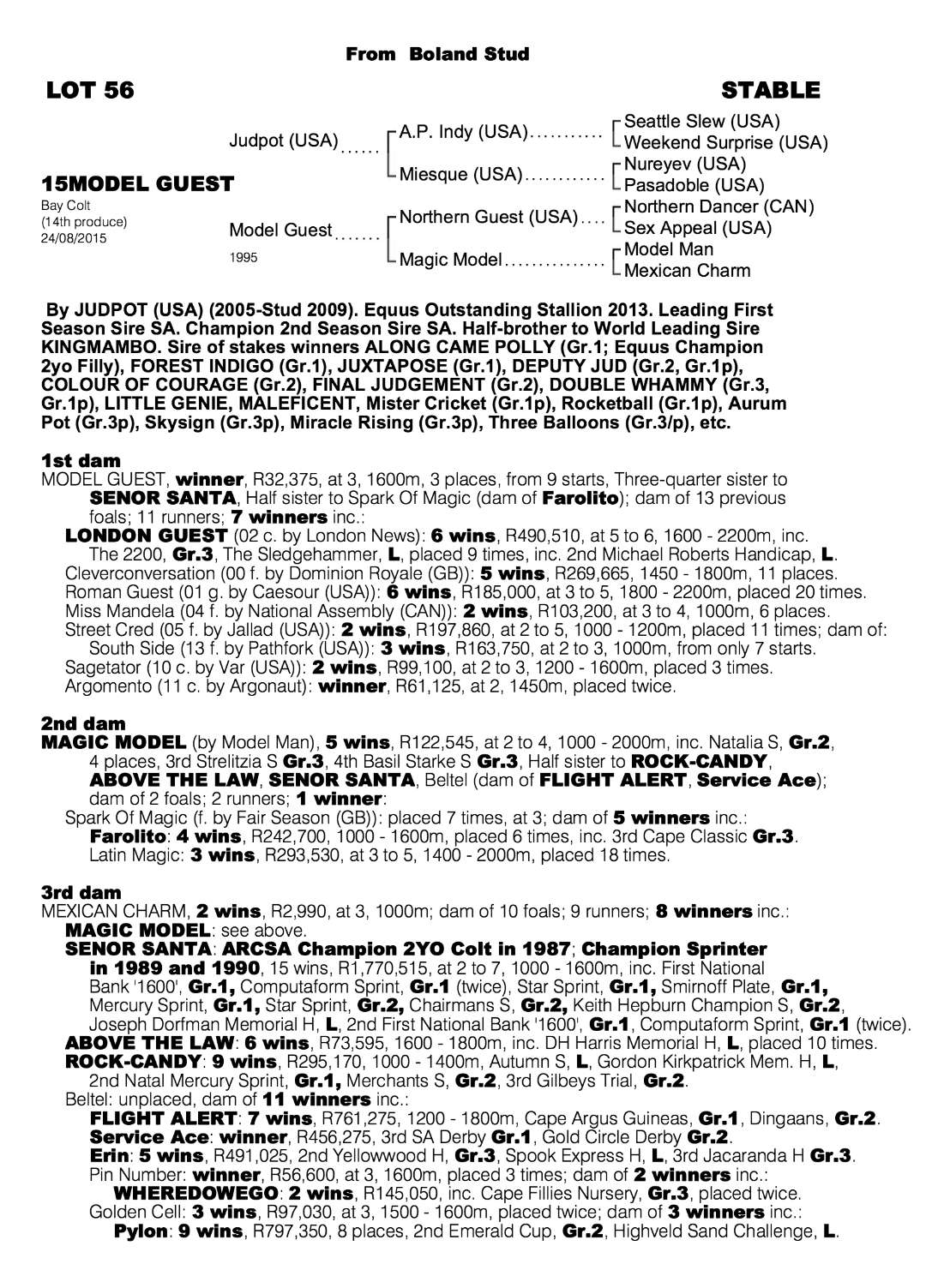 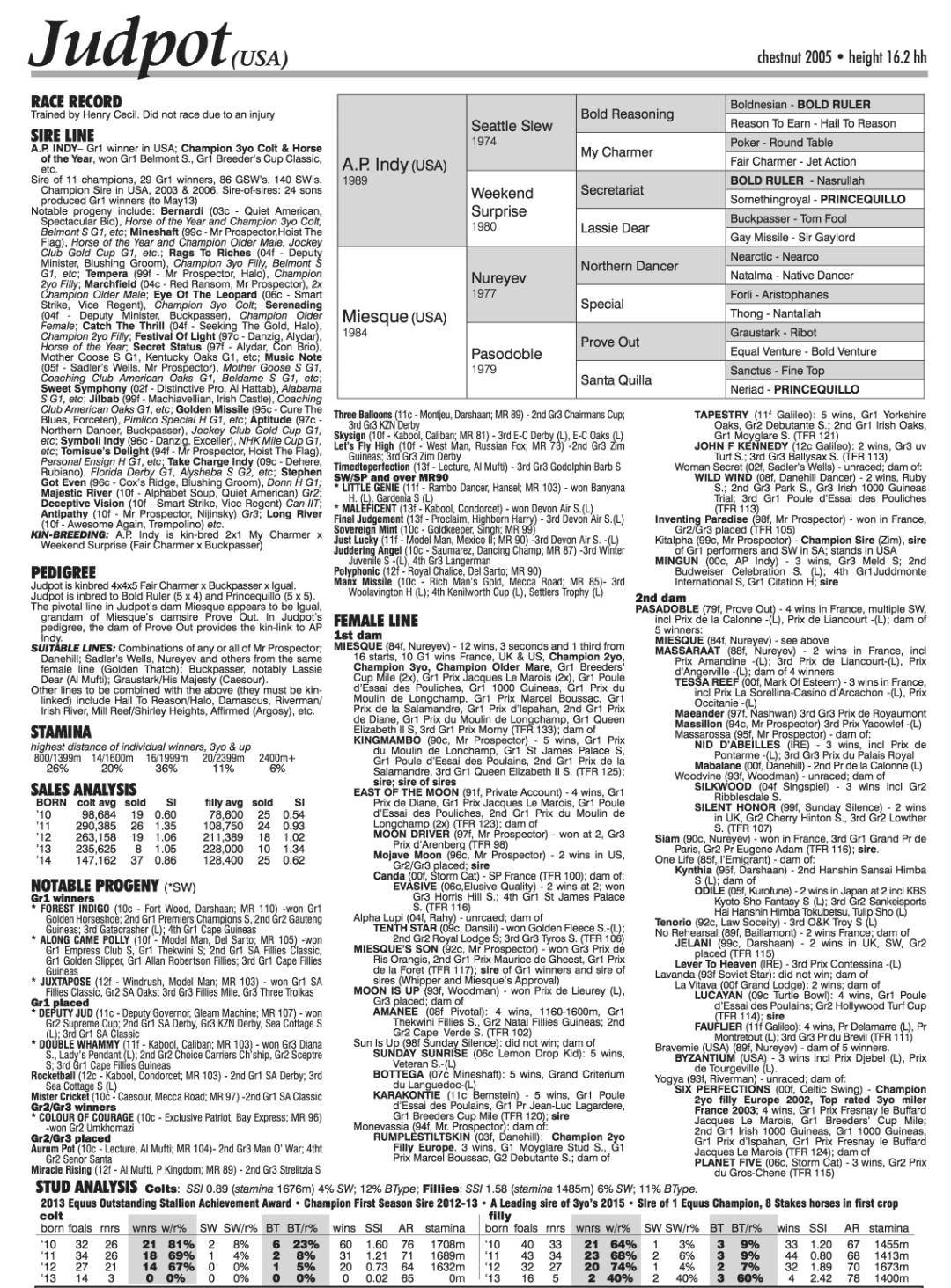