Louis The King who was himself offered for sale at the 2012 KZN Yearling Sale, was one of the most popular and charismatic racehorses of his generation, with the Geoff Woodruff trained star earning over R5 000 000 during a career which saw Louis The King firmly establish himself as one of the best of his generation. A grandson of Storm Cat, and a direct descendant of the mighty mare Pretty Polly, Louis The King achieved a rare feat when winning the South African Triple Crown (Gauteng Guineas, SA Classic and SA Derby) of 2014, and trained on well, when defying 59kgs, to win the Gr.1 Sansui Summer Cup as a four-year-old.

Louis The King, who won or placed in no fewer than nine feature races, will be represented in this draft by a colt out of the regally bred Fort Wood mare Cochineal. Herself a winner over 1450m, Cochineal has already left behind a smart performer in the shape of Lickerio –who at the time of writing had won three times from 1200-1400m. Cochineal herself was produced by the dual winning Western Winter mare Carmine Red, a full-sister to triple Gr.1 winner Set Afire and Ruffian Stakes winner Aquila Rapax, and half-sister to Gr.1 Summer Cup hero Rudra.

Carmine Red is also a sister in blood to the Gr.1 winning siblings Red Ray (now standing at stud) and Nania, as well as to such graded stakes winners as Bishop’s Bounty, Brutal Force, and Kingvoldt. Further back this is the family of Horse Of The Year and July winning sire Royal Chalice.

This colt has been bred on a similar cross to the one that produced Gr.1 winner Sophisticat! 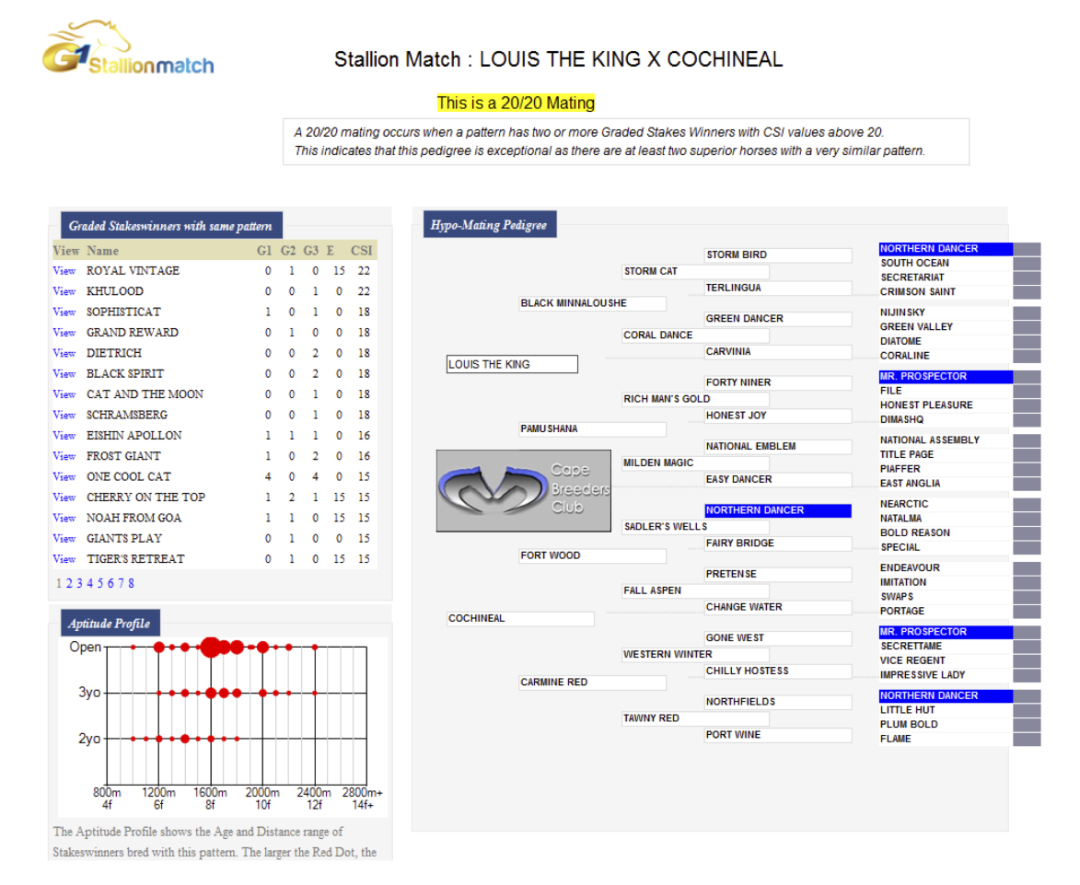 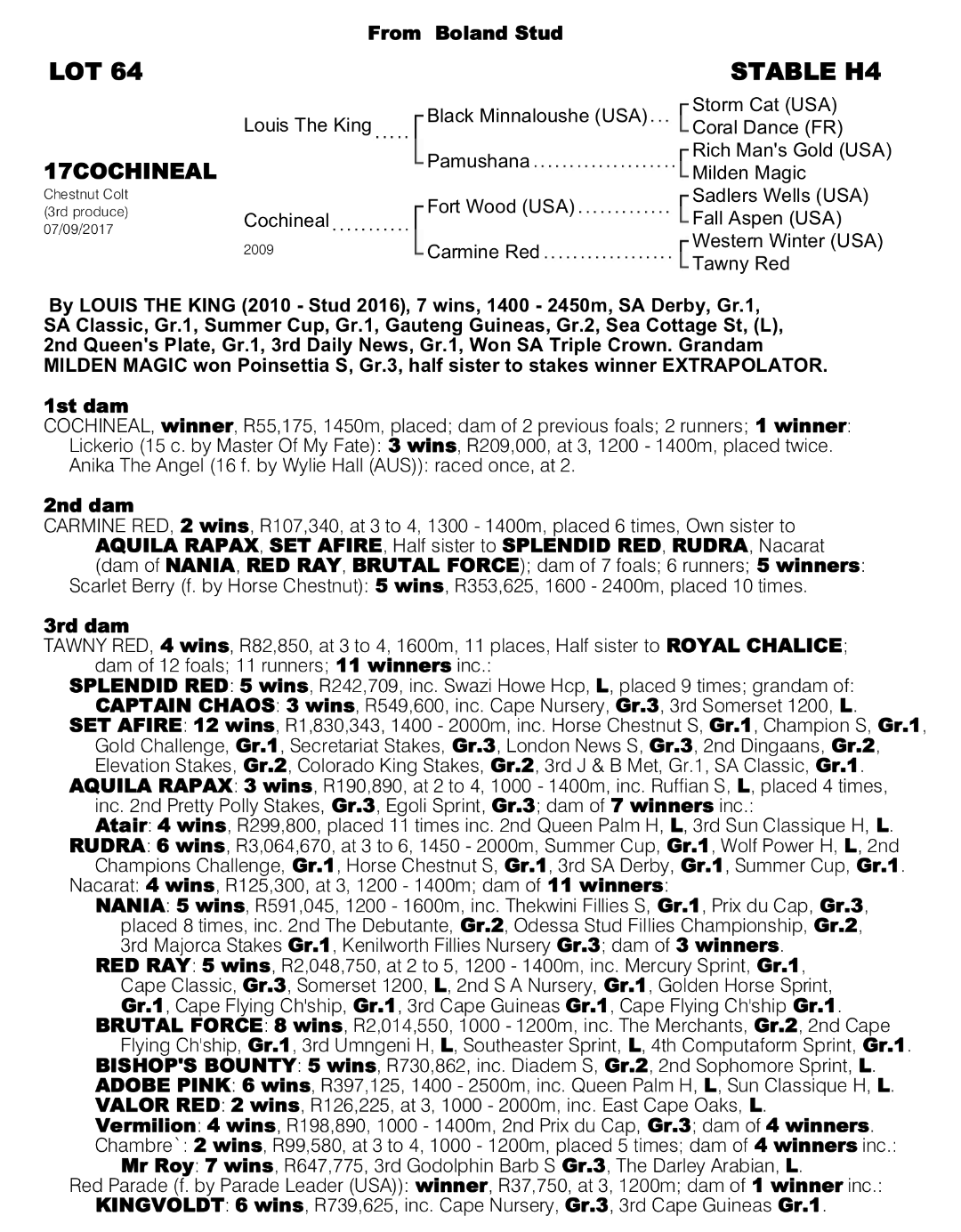 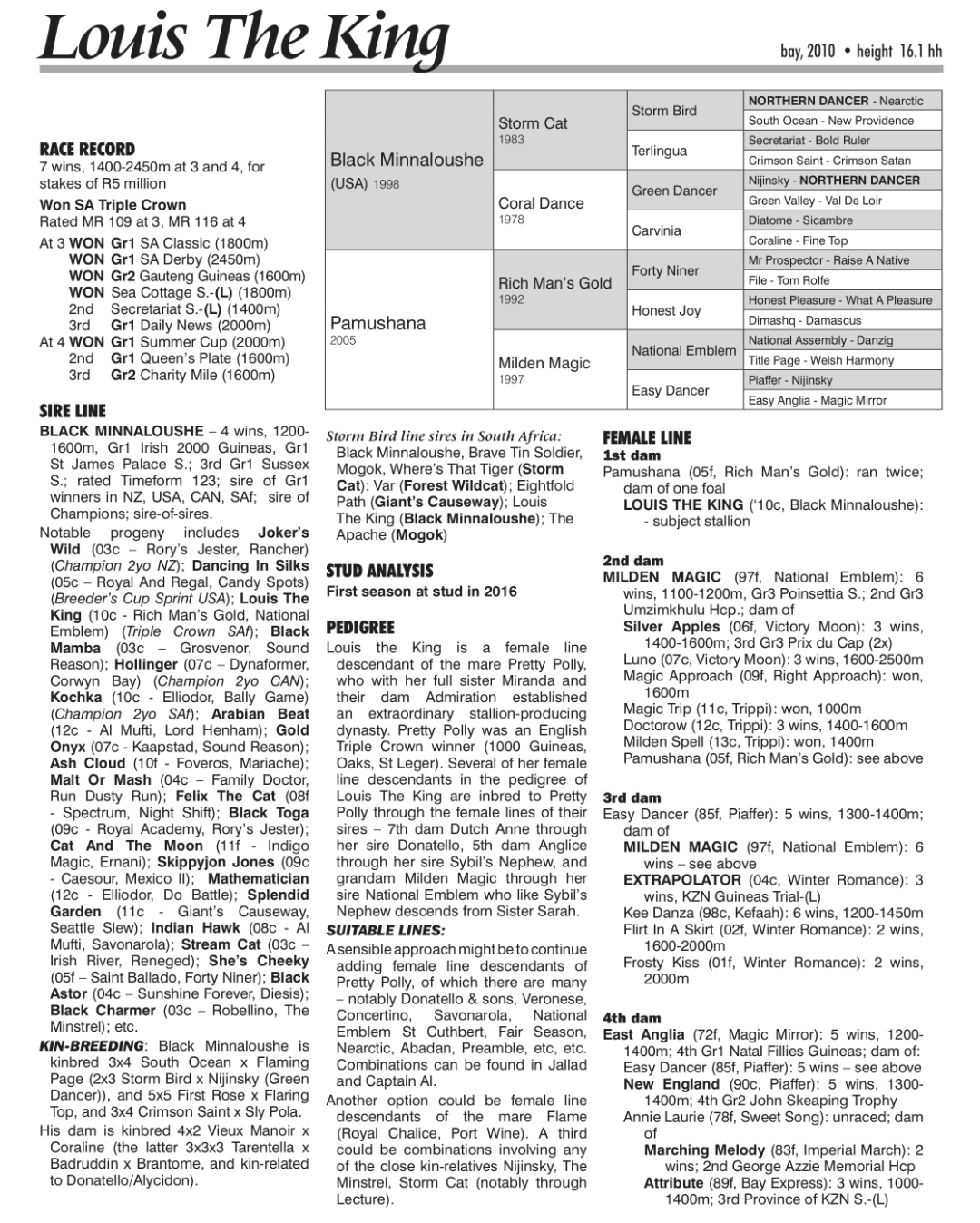 Boland Stud invites you to make an excursion to Ceres to view their impressive draft of yearlings for the BloodStock South Africa KZN Yearling Sale. From today, until Tuesday 25th June at a time suitable to you.

To schedule your visit please contact Eugene Freeman on 0848163741 or email him at eugenefreeman@bolandstud.co.za. Make a day or a long weekend of your trip and come and enjoy all that the beautiful Ceres valley has to offer. We look forward to the pleasure of your company.