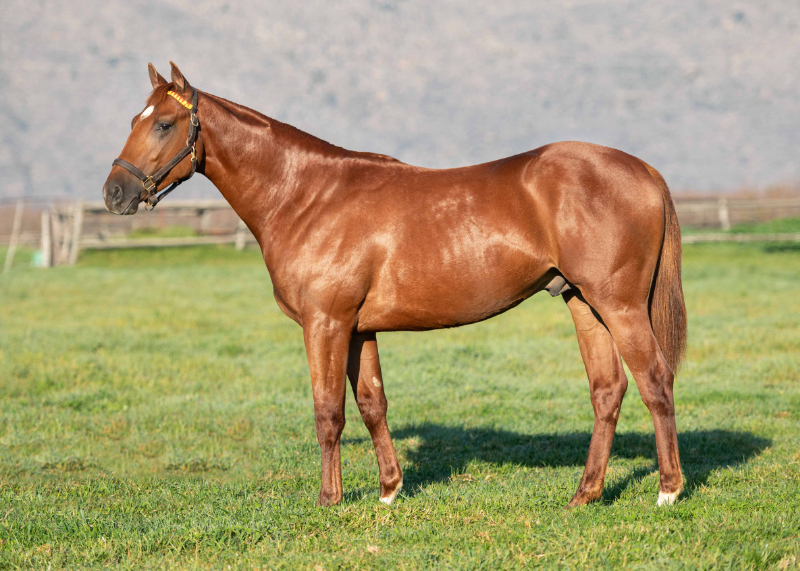 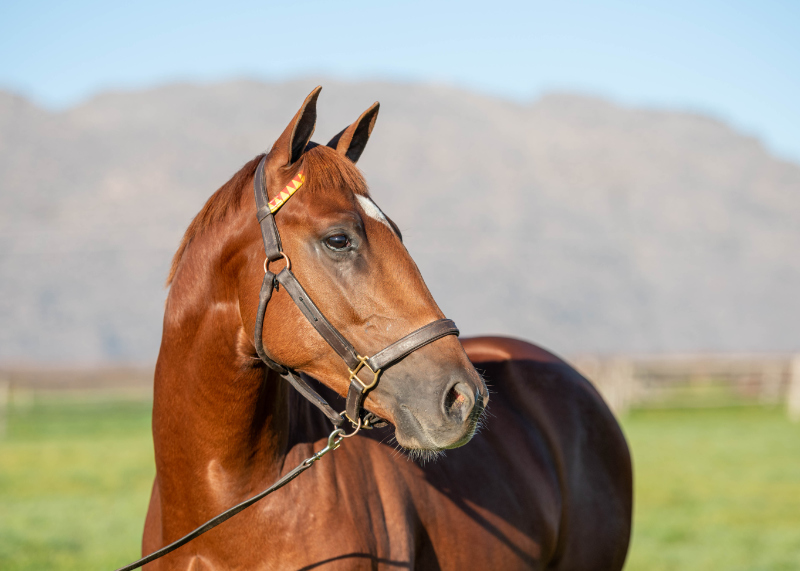 The United States -the sire of the future!

Blue blooded Galileo horse The United States has made a remarkable start to his stud career. Winner of the 2016 Gr.1 Ranvet Stakes and more than $2 000 000 in prize money, The United States’ very first starter Sheela made a big impression on debut when romping home to down male rivals and take the Listed Storm Bird Stakes by nearly four lengths. Sheela made it two wins from two starts when capturing the Gr.2 4Racing SA Nursery at the expense of the highly rated Smorgasbord, and she looks a truly top-class filly. Her sire The United States, whose progeny are expected to improve further with age and distance, is a son of the world’s leading sire Galileo -also responsible for leading stallions Australia, Frankel, Nathaniel, New Approach and Teofilo 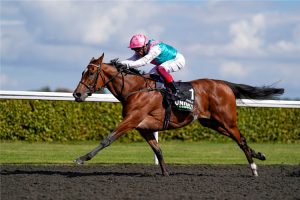 With some exceptionally well bred two-year-olds from his first crop yet to represent him this season, the sky appears the limit for the classically bred The United States! Boland Stud will be offering a quality son of The United States at the upcoming August 2YO Sale, with this colt sporting a quality pedigree. He is out of the dual winning Horse Chestnut Princess Eleanor, a half-sister to Gr.3 Betting World COGH Nursery queen Empress Crown as well as to Ladies Mile victress Butterfly Girl, the latter dam of the smart Peter Muscutt trained runner Tread Swiftly.

This colt is closely inbred to legendary sire Sadler’s Wells, with this pattern also found in the pedigree of champion and 11 time Gr.1 winner Enable, as well as the likes of Gr.1 winners Anapurna, Channel, Johnny Get Angry, and Parish Hall. South African Horse Of The Year and Triple Crown winner Horse Chestnut, broodmare sire of the colt in question, has proved a top-class broodmare sire with his daughters having produced such notable Gr.1 winners as Camphoratus, Cannock Chase, Channel Maker, Johnny Bear, Smart Call, Star Catcher, Suggestive Boy, and Zipessa, to name a few! 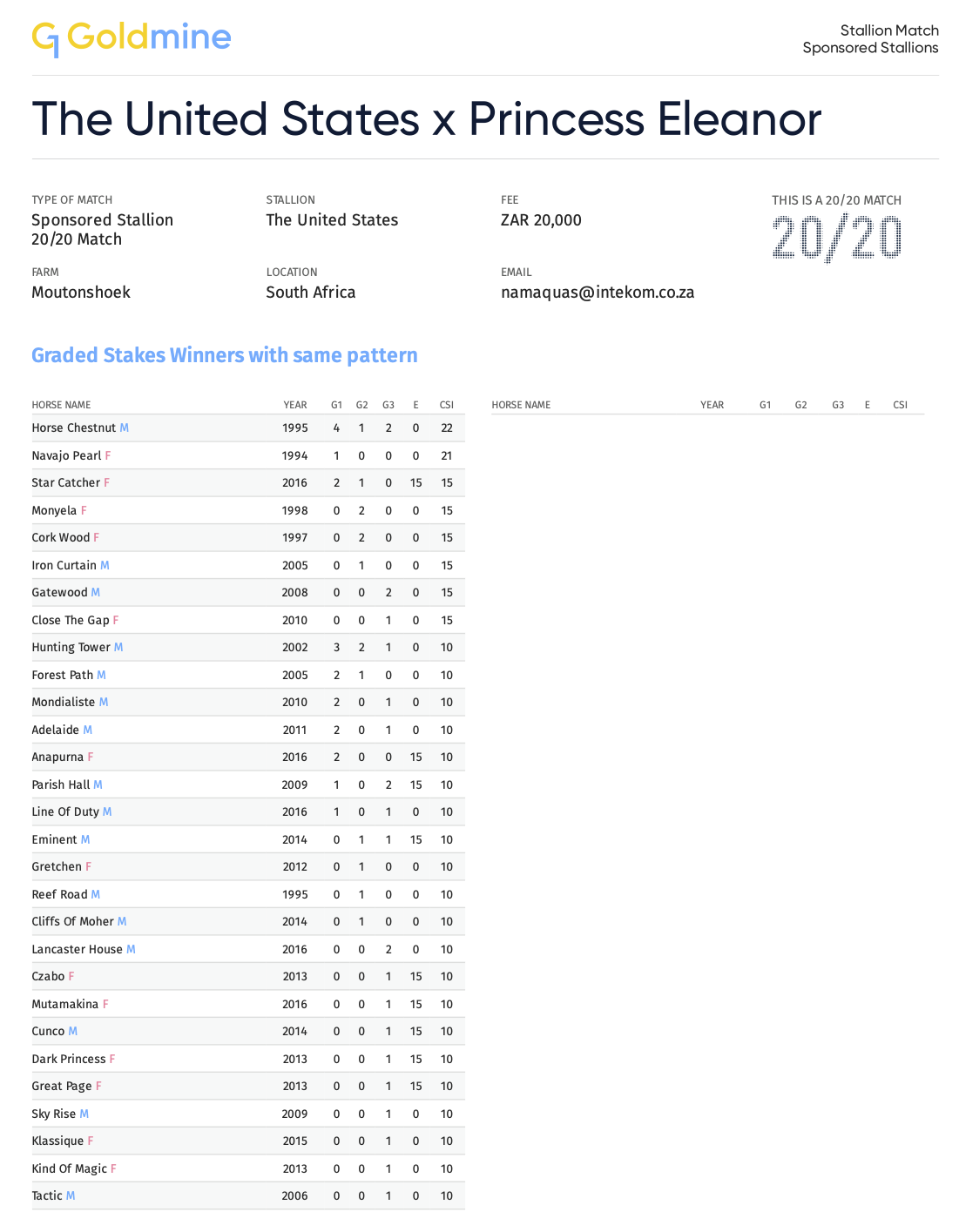 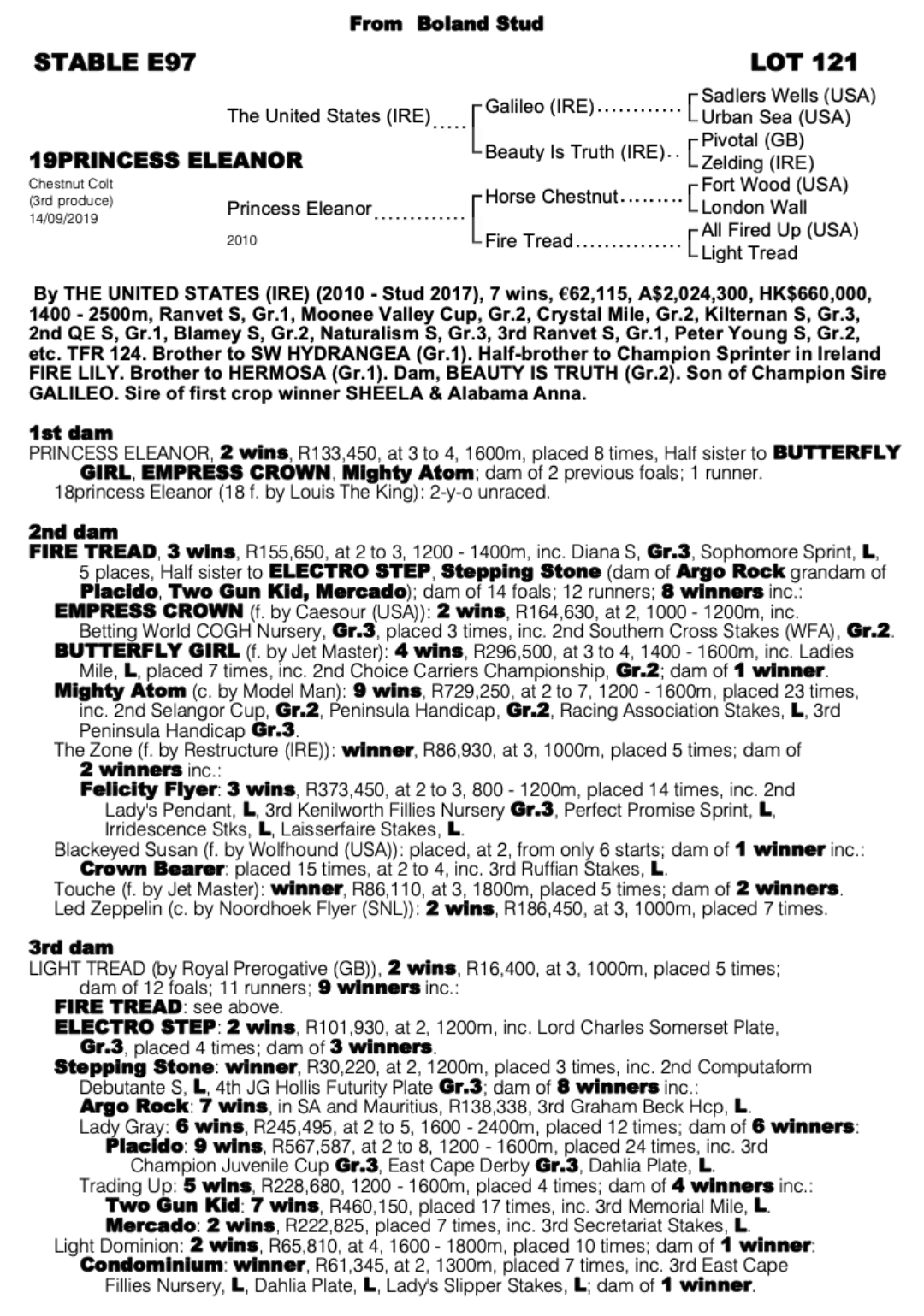 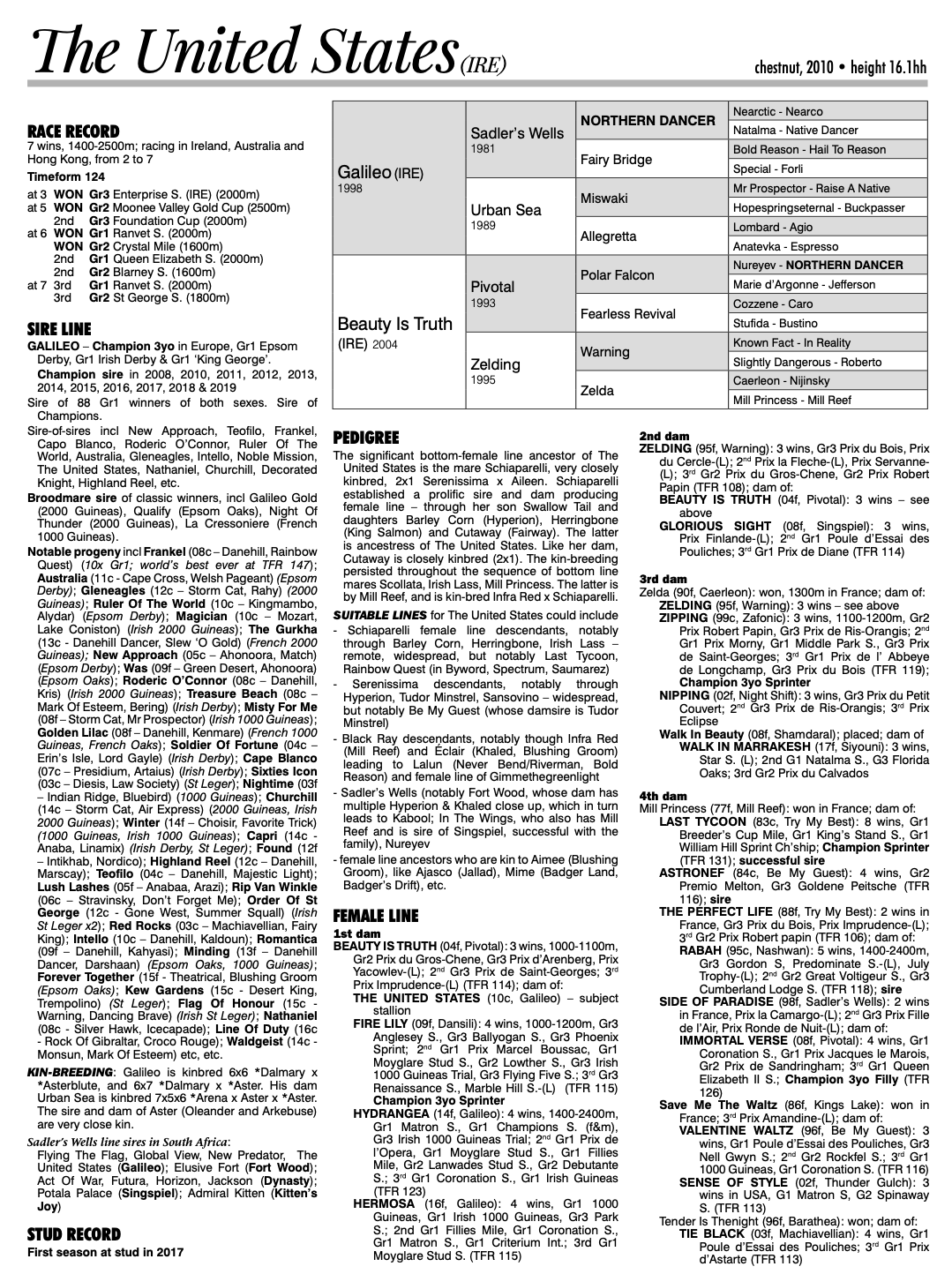 Boland Stud invites you to make an excursion to Ceres to view their impressive draft of yearlings for the BloodStock South Africa August 2YO Yearling Sale.

From today, until Wednesday 11 August 2021 at a time suitable to you. To schedule your visit please contact Eugene Freeman on +27848163741 or email him at eugenefreeman@bolandstud.co.za Make a day or a long weekend of your trip and come and enjoy all that the beautiful Ceres valley has to offer. We look forward to the pleasure of your company.

If you are unable to attend the sale in person please make sure you register to bid online. Online bidding registration and buyer’s card applications can be done by emailing Ashley De Klerk at ashley@equine.co.za or call her on +27845141723