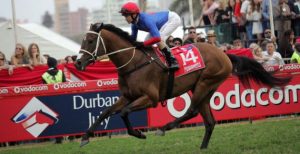 The colt, who is from the first crop of July winner Pomodoro (by Jet Master), is out of a Fort Wood ½ sister to Horse Of The Year and seven times champion sire Jet Master. (Arguably the greatest sire ever bred in South Africa, Jet Master’s 22 individual G1 winners included champions Pocket Power, Past Master, J J The Jet Plane, Yorker and Mythical Flight, as well as Singapore champion Lizarre).

Lot 175, therefore, is inbred 2 by 3 to the mare Jet Lightning, the dam of Jet Master. Jet Lightning is also the third dam of Festival Of Fire, whose six wins included the G2 KRA Fillies Guineas, and G3 Starling Stakes. The brilliant Festival Of Fire also ran second (to champion Via Africa) in the G1 SA Fillies Sprint. 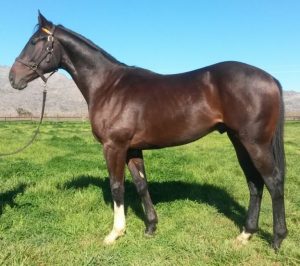 Pomodoro, who was produced by Broodmare Of The Year Golden Apple, was an exceptionally talented and versatile racehorse. A winner from 1160 to 2450m, Pomodoro won or placed in seven G1 races, with his wins including the 2012 SA Derby and Vodacom Durban July. He accounted for numerous high class performers during his career including champions Beach Beauty, Heavy Metal,and current sire sensations Gimmethegreenlight and What A Winter. In total, Pomodoro earned more than R3.7 million in prize money during a career which saw him race at the highest level for three seasons.