There is lots to like about Boland’s Futura filly!

One of the most exciting stallions to retire to stud in South Africa recently was the brilliant Futura. A son of outstanding stallion Dynasty (whose sons include fellow Horse Of The Year champions Irish Flame and Legislate), Futura was South Africa’s Horse Of The Year, Champion Older Male, and Champion Middle Distance Horse of 2014-2015. First trained by Brett Crawford and then Justin Snaith, the brilliant bay won or placed in 16 of 18 outings, with Futura’s four Gr.1 wins coming in the 2015 G1 L’Ormarins Queen’s Plate, 2015 Gr.1 J&B Met, and Gr.1 Champions Cup (he won that race in both 2014 and 2015). 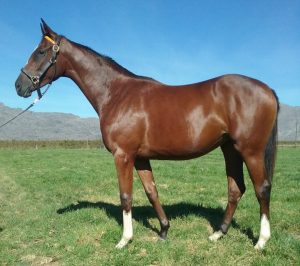 Futura’s first yearlings have already proved popular, with members of Futura’s first crop making up to R1 200 000 in 2019. Boland Stud will be offering a very classy filly (Lot 296) by this outstanding champion at the 2019 National Yearling Sale later this year.

This beautifully bred filly is a half-sister to no fewer than eight winners, most notably Singapore Gr.1 winner Flax, who earned over $1 000 000 in stakes, and the very smart stakes performer Silver Spring (who banked over R600 000 in stakes). Her dam Bejewelled Spring’s winners have won in total of 33 races, and this filly looks sure to add to this total. 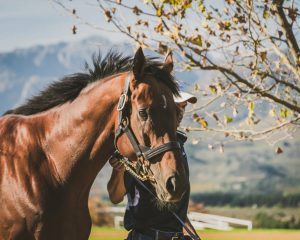 The Futura filly in question is bred on a similar cross to that which produced Equus Champion and Gr.1 Cape Derby winning filly Dog Wood. This filly also is a direct descendant in female line of Epsom Oaks winner Exhibitionist –so she truly sports a classic pedigree.

Boland’s Eugene Freeman is quick to rave about this filly, saying, “An exceptionally athletic filly, who is a real eye-catcher.”

For more information on this filly please follow this link:
https://bolandstud.co.za/lot-296-bejewelled-spring-x-futura/