Former Equus Outstanding Stallion, Count Dubois made headlines at Greyville on Sunday. This time it was his son Social Order who propelled his G1 winning sire into the spotlight, with the Sean Tarry trained four-year-old landing the prestigious G3 King’s Cup in courageous fashion. 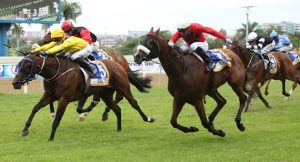 Bred by the Boland Stud, Order showed plenty of heart in digging down to account for the promising Platinum Prince and former G1 Investec Cape Derby winner It’s My Turn in a thrilling finish to the R250 000 feature. Social Order prevailed by a long head from Platinum Prince, with former July and Met runner It’s My Turn 0.4 of a length back in third.

The King’s Cup was a first feature win for the talented Social Order, who had been a R200 000 purchase from the 2015 Klawervlei Farm Sale.

A devastating winner of his first two outings, Social Order has now won or placed in nine of 12 outings and has banked more than R540 000 in prize money. 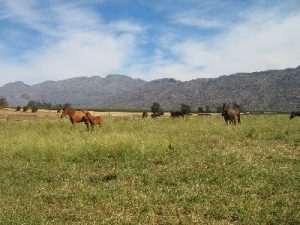 Boland Stud will also be offering a colt by red-hot sire Master Of My Fate (Lot 357), who was recently represented by his fifth first crop winner. A son of champions Jet Master and Promisefrommyheart, Master Of My Fate appears to be the next locally bred sire sensation!