Boland Stud are proud to offer a ¾ brother to a Singapore Gr.1 winner at the 2018 Emperors Palace National Yearling Sale. This bay colt, catalogued as lot 99, is from the very first crop of Equus Champion Vercingetorix, one of 20 Gr.1 winners sired by champion sire Silvano. 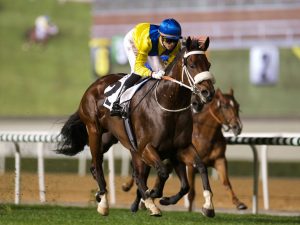 Vercingetorix, an unbeaten Gr.1 winner in South Africa, excelled when exported to Dubai. The handsome colt won both Dubai’s Gr.1 Jebel Hatta and Gr.2 Al Rashidiya and ran a storming second, behind the then world’s top rated runner Just A Way, in the 2014 Gr.1 Dubai Duty Free. Vercingetorix has already had yearlings from his first crop make up to R625 000 in 2018.

His son, out of the Elliodor mare Bejewelled Spring, is a ¾ brother to two high class performers in the form of Flax and Silver Spring (both of whom were sired by Vercingetorix’s very own sire Silvano). 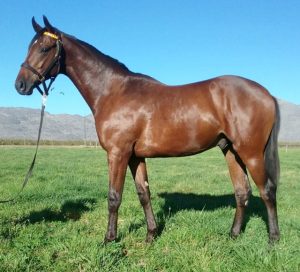 The remarkable Bejewelled Spring,a winning half-sister to the David Ferraris trained Equus Champion and multiple Gr1 winner Blossoming Fields, has a grand total of eight winners, from nine runners, to her name. Progeny of Bejewelled Spring have won a total of 33 races (at the time of writing)!

Silvano has done well when mated to Elliodor mares (the mating having produced the Sean Tarry trained multiple Gr1 winner and champion Aslan as well as Gr.2 winner Ice Machine), and there is no reason to think that Vercingetorix won’t enjoy similar success!

The full pedigree page and more for Magnificus can be viewed at
http://bolandstud.co.za/lot-99-bejewelled-spring-x-vercingetorix/