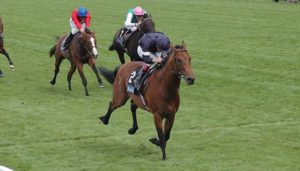 His daughter on offer, lot 248, is a half-sister to talented Duncan Howells trained filly Lunar Rush, whose five wins included the KZN Yearling Sale Million and who has banked just under R1 000 000 in stakes.

Romantic Moon, the dam of Lot 248, was a high class racemare, who won eight races up to 1200m and ran third in the Gr.3 Poinsettia Stakes. 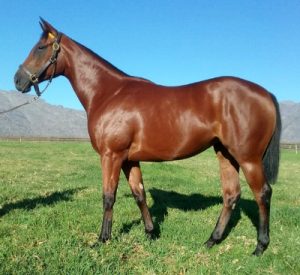 Romantic Moon herself is a full-sister to former sales topper Racing Free –who fetched R3.25 million as a yearling.

Second dam, a winning daughter of prominent broodmare sire National Assembly, is a half-sister to Gr.1 Mercury Sprint hero All Will Be Well.

This is an outstanding US family, whose members include Champion 2YO Colt and successful sire Silent Screen and Gr.1 winners Graydar, Malibu Prayer, Mujahid, Ron The Greek, and Swagger Jack.

This filly’s pedigree contains both classic stamina and blistering speed –and she is a must see for any serious buyer!

The full pedigree page and more for Lot 248 can be viewed at
http://bolandstud.co.za/lot-248-romantic-duchess/