Wylie Hall – A sire of the future

Boland Stud’s 2018 KZN Yearling Sale will include a colt from the first crop of Redoute’s Choice sire Wylie Hall. Wylie Hall was an outstanding racehorse, who was first past the post in the Gr.1 Vodacom Durban July, beating champions Legislate, Futura, In The Fast Lane, Capetown Noir and Cherry On The Top in the process. 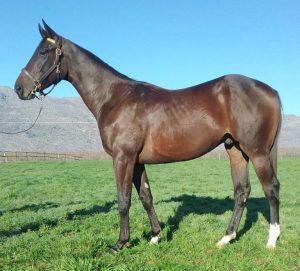 Wylie Hall, also victorious in both the Gr.1 Presidents Champions Challenge and Gr.1 SA Derby, won or placed in 15 races and banked more than R3.6 million for owner Michael Leaf during his illustrious career.

From one of the truly great Australasian families, Wylie Hall is a son of triple Australian champion sire Redoute’s Choice. The latter, one of the best stallions ever bred “Down Under”, has a total of over 150 stakes winners to his name, with his tally of black type winners including more than 30 Gr.1 winners. He has enjoyed tremendous success in South Africa, where Redoute’s Choice’s stars include the Gr.1 winners Wylie Hall, Majmu, Musir, Mustaaqeem and Rafeef.

Redoute’s Choice is a top class sire of sires, with his successful stallion sons including outstanding champion Snitzel, and sire successes Stratum, Not A Single Doubt and Beneteau. Snitzel, Champion Sire in Australia last season, has been responsible for an astonishing 26 stakes winners in Australia this season, with his runners in 2017-2018 including Golden Slipper winner Estijaab.

Boland Stud offers a very well related Wylie Hall colt in the form of a colt (Lot 43) out of the winning Jallad mare Street Cred. Already dam of a five time winner in the form of the Glen Kotzen trained South Side, Street Cred is a half-sister to the Boland Stud bred Gr.3 winner London Guest and the dam of former star KZN sale graduate and Gr.3 Umkhomazi Stakes winner Al Mariachi. 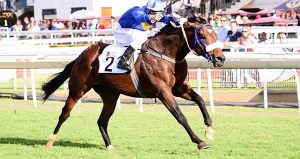 The colt on sale, a direct descendant of South Africa’s all-time greatest broodmare Drohsky, has Gr.2 Natalia Stakes winner Magic Model as a third dam, and that Model Man daughter is a half-sister to Boland Stud bred champion Senor Santa –an official champion on three occasions and the first sprinter in South Africa to earn more than R1 million in stakes.

This colt has been bred on the same cross that produced 4 x Gr.1 winner Peeping Fawn Gr.1 winners Redoute’s Dancer and Hot Snitzel.

The full pedigree page and more for Lot 43 can be viewed at:
http://bolandstud.co.za/lot-43-street-cred-x-wylie-hall/